A Conversation With Harlan Coben

I’ve interviewed many authors over the past few years, but it wasn’t until recently that I got to interview my all-time favorite: Harlan Coben. With over 60 million books in print and his last seven consecutive novels debuting at #1 on The New York Times bestseller list, you could say Harlan is a favorite among many readers, and with good reason. His thrillers are unpredictable and compelling, and they feature fully-realized characters that stay with you after the final page has been turned.

Harlan’s newest novel, The Stranger, is being released in the U.S. on March 24. Stay tuned for my review of the book, which I’m sure is fantastic. Until then, check out my interview with Harlan below, where we discuss everything from Governor Chris Christie to driving in the fog with your headlights on. Enjoy!

The Stranger is your latest novel. What’s the inspiration behind the story?

The inspiration for the story was the idea that we think what we do on the internet, the secrets that we keep, are really anonymous. That sort of delusion. The impetus was a website somebody showed me that helps you fake pregnancies. It sells fake stomaches, it sells sonograms, it sells pregnancy tests – the whole kit and caboodle. You think that when you buy something like that, no one will know about it. But what happens when these secrets get exposed? And what happens when a life gets blown up by it? That’s what started The Stranger.

Being a big fan of John Waite, I enjoyed how his biggest hit song, “Missing You,” played a big role in your last standalone novel. What led to this?

It’s an iconic song. The video, and the song itself, are like a play on words. They are playful and mysterious, and I kind of liked all of those aspects. So, I thought it would be an interesting title for a novel, and incorporating the song into the lives of these characters, which sort of fit their personalities and the whole idea of the story because it’s a little bit of a play on words when you read the whole book.

2015 marks your 25th year as an author. How do you approach writing now differently than you did when you first started?

Ya know, that’s a good question. It’s not that different. I’m less energetic, maybe, than I used to be but I’m smarter than I used to be. It’s still a tortious process. There’s still a lot of insecurity, a lot of self-doubt. There’s still those moments when I think, “I’ll never get this done.” Or, “It’s not working.” All of those things that you would think after…I think this is my 27th novel…a lot of copies sold and all those sort of things. You’d think you’d have a little more confidence but you don’t. The process is still the same. At times it feels like it’s harder because you’ve used up a lot of things. It gets a little harder in some ways.

How do you deal with those insecurities when it comes to sitting down and writing? Do you have a strict regimen you adhere to?

You and fellow best-selling author Dan Brown were in the same fraternity in college. Did you bond over writing at the time?

Not at that time, no. We’re good friends now. I’m going to see him this weekend. At the time, while we both had some interest in writing, I think it was more of a pipe dream. Still too far down the road to imagine. Not in our loftiest imaginations did we ever think we’d be where we are today. Neither one of us.

Speaking of the early days, you were childhood friends with New Jersey Governor Chris Christie. What’s your relationship like these days?

Still good. We’re very close friends. The last time we had dinner was mid- to late December, something like that. Maybe January. So, we see each other. We don’t see each as much as I’d like to, or we’d like to, but we’re both pretty busy. But we keep in constant touch. I love him. He’s been a close friend and he’ll always, whatever happens to him politically, be a close friend.

Pretty awesome (laughs). When you’re younger you think it’s really great, and of course it is. But when you get older you realize how subjective those awards are and you can’t take them too seriously. It’s an honor. Anything like that is a tremendous honor. 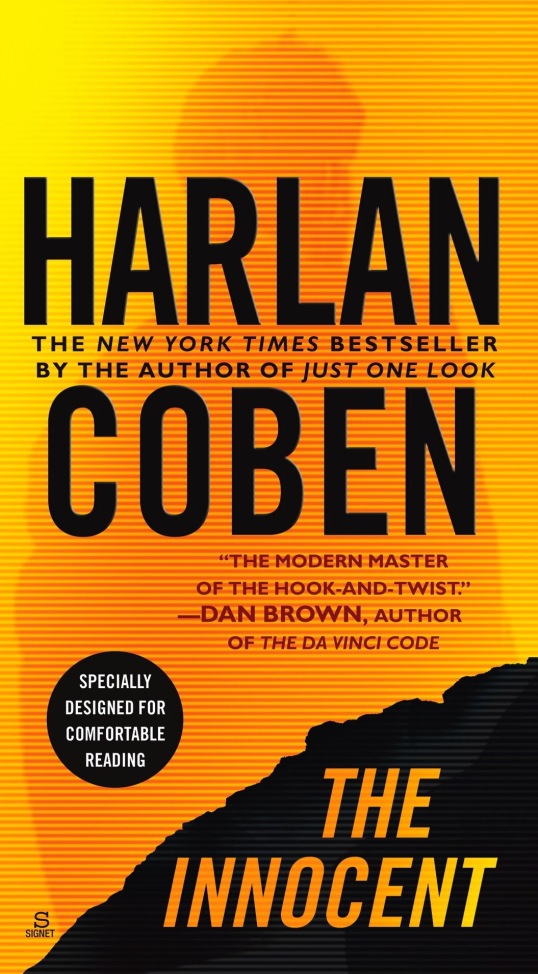 You’ve participated in writer conferences like ThrillerFest. What do you think makes these events so valuable for published and aspiring authors?

I think everybody gets something different out of it. For me, it was really great. We write alone. This is a profession where you have to be alone all the time. It’s really solo work, especially in the crime writing community. The fact that most people are so helpful and cooperative and wishing each other well. These are some of my best friends. I’ve met some of my closest friends and colleagues at these conventions. These are guys I started out with together and we grew together. Guys like Michael Connelly and Dennis Lehane and Lee Child. And the older guard that was so nice to us back in those days: Elmore Leonard, Mary Higgins Clark and Nelson DeMille. To be able to talk and hang out with these people, some of whom are your heroes, others whom you’ve read and admire and some of whom are just colleagues and friends. That for me, at least, is the most fun part about it.

In terms of what you get out of it, it all depends. What it does for me is inspire me to write more. I’d go there and see all the writers, realize how much competition there was and it made me want to write that much harder to enjoy the benefits of being a writer.

You’ve written series books and standalone thrillers. Do you have a preference? And what are the differences for you when writing them?

They’re both equally hard, and they both offer their joys (laughs) and sorrows. When you’re doing a standalone it’s like doing a painting with a completely blank canvas. That’s both intimidating because it’s so blank and freeing because you can do anything on it. When I’m doing a Myron Bolitar novel some of the canvas has already been filled in for me. I love what’s already there so that’s not a problem for me. But then you’re afraid because you don’t want to damage what’s already there. You have to be very careful that when you start painting you don’t ruin what you’ve already done, which is already pretty darn good.

And I almost look at the Myron Bolitars as each book is a chapter in a larger book. But the actual writing process is pretty much the same. Myron is just easier to get into the character because I already know that character. But I’ve already put that character through a lot so it can be hard to think of things for him to do. So, it’s not easier to write one more than the other.

What I do is I come up with an idea first. Then I say, “Who can tell that story?” And once every three or four books the answer is Myron Bolitar. If the answer is not Myron, I don’t force it. I don’t say, “I need to write a Myron.” So, at one point I went six years and six books without writing a Myron. I haven’t written Myron now in three books, maybe. Three or four books I haven’t written Myron and I’m not going to force it. When he’s ready to come back, he’ll come back.

Certain authors, like Steve Berry, like to meticulously plot out their books while other authors, like Lee Child, simply put the pen to paper and get started. Where do you fall along this spectrum?

If you ask 10 writers how they do it, you’ll get 11 different answers. I’m probably between those two. I know the beginning and the end. I don’t know much in between. I know some spots along the way. I compare it to driving from my home state of New Jersey to California. I may go view the Suez Canal or go stop in Tokyo but I’ll always, pretty much, end up in California. I may know a few of the places I’m going to hit along the way.

And I also subscribe to the E.L. Doctorow quote where his says, “Writing is like driving at night in the fog with just your headlights on. You can only see a little bit ahead of you, but you can make the whole journey that way.” So, I see enough of it to know where I’m going with it and that’s how I sort of write. It’s a little bit of outlining, maybe a few chapters ahead, at most. I do know where I’m ending but I also do fly by the seat of my pants like Lee.

Your books are known for having multiple storylines that somehow intersect at a later point. How do you keep everything straight while writing such intricate stories?

You got me. I don’t know. Whatever natural talent we’re given. For example, in school I was always better at math than English. My math SAT score was really good because I could do the word problems really well. That could be where my plotting skill comes from. I can keep it all in my head without getting confused. No problem. I work on it very, very hard but I think it’s something probably more natural than something that can be taught. I don’t know but that’s probably my guess.

Does that also apply to the Myron books. Do you naturally remember what he’s already encountered and gone through?

No, sometimes I forget and make a mistake.

My concept when I first wrote Myron was to take an old-fashioned detective and, number one, bring him up into the modern world a little bit more. And Myron never goes anywhere alone, like Raymond Chandler’s character. But I also wanted to have the plotting that you find in a thriller. I wanted more dense plotting than I had seen in some of these books. Some had great characters that didn’t have much to do, and vice versa. Others had great stories but not great characters. My idea was to, sort of, marry those two.

Lastly, when it comes to point-of-view in writing, some authors like to use first-person, others prefer third-person and some blend the two. Do you have a preference?

I’ve done everything. And in The Innocent I think I had second-person a little bit, if I recall correctly. I’ve combined quite frequently first-person and third-person. And sometimes I have what I call cheating third-person. Myron Bolitar. In one of the books he’s third-person but he’s talking like he’s first-person. Whatever is going to tell the story best. There’s not one decision on that. I’m not afraid to play around with it.

2 thoughts on “A Conversation With Harlan Coben”