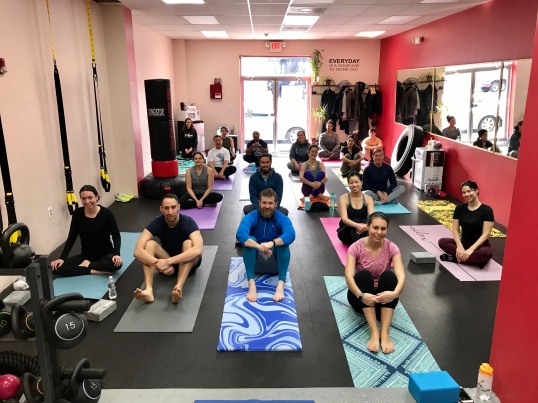 This morning I taught my first class as a certified DDP Yoga instructor. If you want to be notified about where and when future classes are taking place, please sign up for my email list here. The crazy thing is that this time last year I wasn’t even doing DDP Yoga. As with many fitness programs, it was one of those things I started and stopped a few times. In December 2018, I decided to recommit myself to doing it regularly. Shortly thereafter, I interviewed the CEO and founder of DDP Yoga: Diamond Dallas Page. I followed that up with a week-long stay at Dallas’ house in April, a DDP Yoga workshop in July, and enrollment in the DDP Yoga certification program. I completed the DDP Yoga certification process in less than six months and became the first Philadelphian to be a certified DDP Yoga instructor. In a city known for its firsts, I’m proud of this accomplishment. With all of this in mind, I headed into my first class this morning as a certified DDP Yoga instructor. 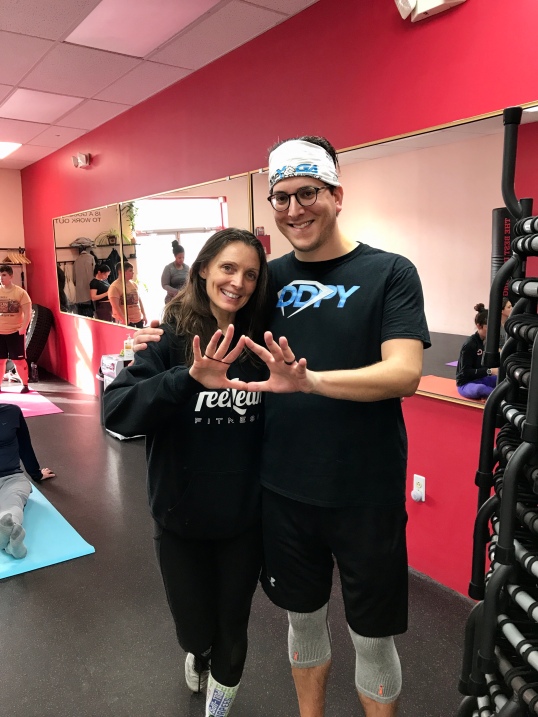 A couple days ago, I started to feel under the weather. I was worried because I wanted to teach today’s class with the level of energy and proficiency the students deserved. Thankfully, I was able to pull it off with the help of DayQuil, NyQuil, tea, and a whole lot of vitamin C. The turnout was great. It was a packed room. There were yoga mats wall to wall. A mix of friends, people who regularly take part in classes at this studio, and newbies comprised my class. I made it a point to try and say “hello” to all of them and get to know them better before we hit the mat. 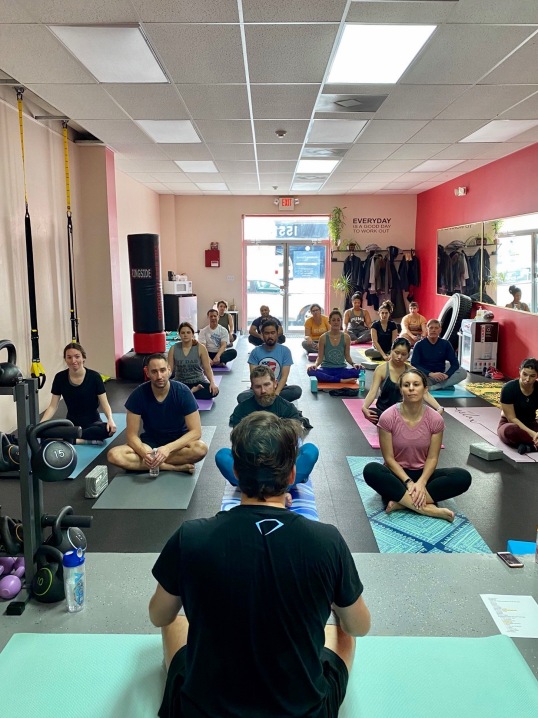 The workout itself lasted around 45 minutes and, as you can see from the image below, I burnt nearly 600 calories. Part of this could have been because I was nervous or because my body had to work harder to make up for the fact that I wasn’t at 100%—or both. Either way, I got a lot out of the workout, and several of the students told me the same after we wrapped up. It was interesting hearing how the workout benefited people in a variety of ways, depending on specific circumstances. For example, some people talked about how it helped them open up their hips, while others said that it made them work up a sweat. And others spoke about how certain positions challenged their ability to maintain their balance. It was gratifying to see how—like a book—everyone had their own unique experience.

After the workout was through, I texted some photos to Dallas and said, “I just taught my first class as a certified instructor.” He replied by saying, “That’s awesome brother. I’m proud of you!” I responded by telling him the following: “That means a lot to me. Thanks!” And I meant what I said. Becoming friends with Dallas over the past year and earning his respect as a DDP Yoga instructor, means a lot to me. Who knew my decision to give DDP Yoga another try would lead to this? The Latin origin of the word decided means “to cut off” other choices. By deciding to make DDP Yoga part of my lifestyle, I set myself up for success. When I decided to pursue my DDP Yoga instructor certification, I reinforced that first decision and took it to the next level because being an instructor makes me hold myself accountable. If I don’t stick with it, I’m not only letting myself down—I’m letting down my students too. As Henry Ford once said, “If you say you can or you say you can’t, you’re right.” Well, guess what? I say, “I can.”