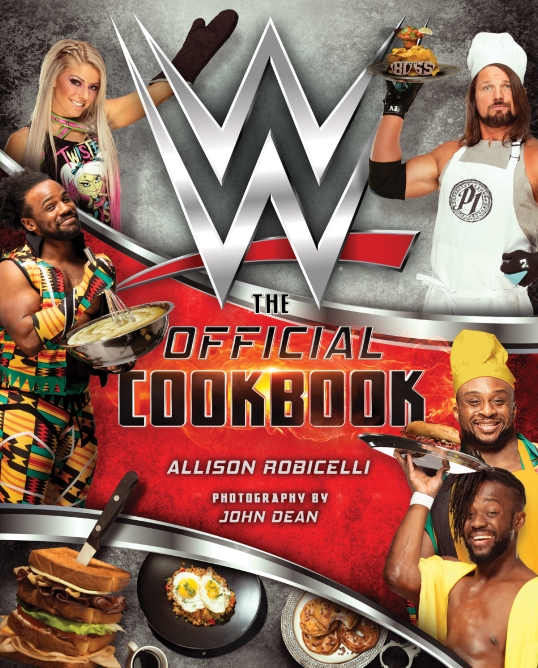 In the past I’ve reviewed a couple cookbooks. The first being The Teenage Mutant Ninja Turtles Pizza Cookbook and the second being The Elder Scrolls: The Official Cookbook. And, right now, I’m going to review WWE: The Official Cookbook! All three of these cookbooks are based on pop culture phenomenons I love. One is based in the video game space (i.e., The Elder Scrolls), another in cartoons, movies, and more (i.e., The Teenage Mutant Ninja Turtles), and the most current one — WWE — lives in all of those mediums and beyond. While WWE may have started out as solely a wrestling company, it has quickly transcended beyond the squared circle. WWE: The Official Cookbook takes The Rock, Stone Cold Steve Austin, and countless other legends and modern-day superstars and includes a bevy or recipes inspired by their larger-than-life personas. 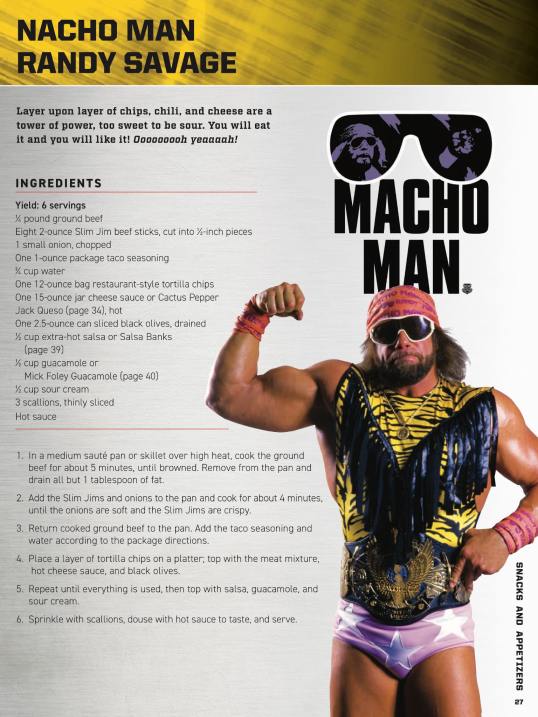 The first recipe my wife and I decided to try out was the “Nacho Man Randy Savage.” Naturally, the name of this recipe made me think of the so-bad-they-were-good “Billionaire Ted” skits on WWE Monday Night Raw in the 1990s. These skits made fun of Ted Turner, the owner of WWE’s competitor: WCW. In these humorous bits, the “Macho Man” Randy Savage was presented as the “Nacho Man” and Hulk Hogan was “The Huckster.” 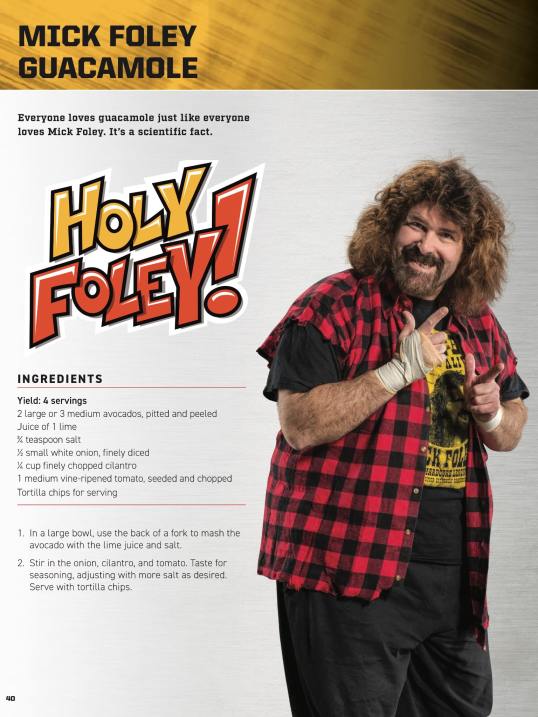 We topped off this dish of nachos with “Mick Foley Guacamole,” another hilariously titled recipe. If you haven’t already done so, make sure to reach my interview with Mick Foley from a few years ago. He’s a brilliant guy and as funny as they come. 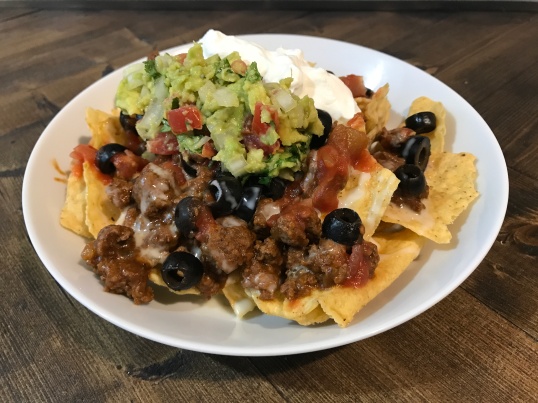 As you can see from the photo above, the nachos and guac turned out great! Both made for a flavorful and filling meal that wasn’t too challenging to make. The only change we made to the recipe was we didn’t include Slim Jims. I wanted to, but we couldn’t find any. Who knew that Slim Jims would be such an in-demand product during a pandemic? Go figure. 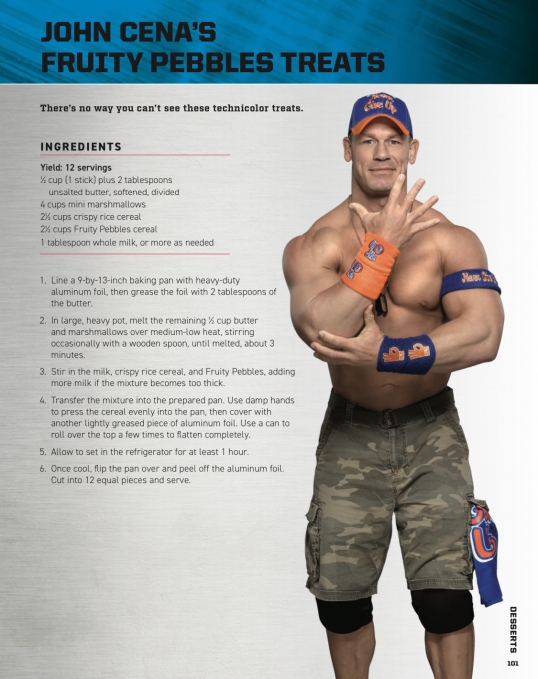 Next up, we made “John Cena’s Fruity Pebbles Treats.” Unfortunately, just like the Slim Jims, there were no Fruity Pebbles to be found at our grocery store. So, instead we used both Cocoa Krispies and Frosted Krispies for this recipe. This made for a wonderful dessert that, much to our surprise, wasn’t too sweet. Definitely another winner that is highly recommended. 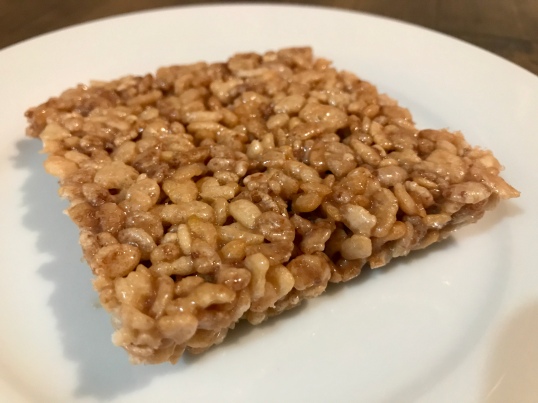 If you’re looking for some fun recipes that aren’t too intimidating, WWE: The Official Cookbook is worth checking out. Published by Insight Editions, a company known for producing some of the best books around, this cookbook is a winner. Not only does it provide a great collection of recipes reflective of a wide swath of WWE superstars old and new, it’s beautifully presented with high quality imagery and design in a hardback book that will be right at home next to your other culinary inspirations. As DX would say, “Are you ready?” If you smell what WWE is cooking, then bon appétit, brother!