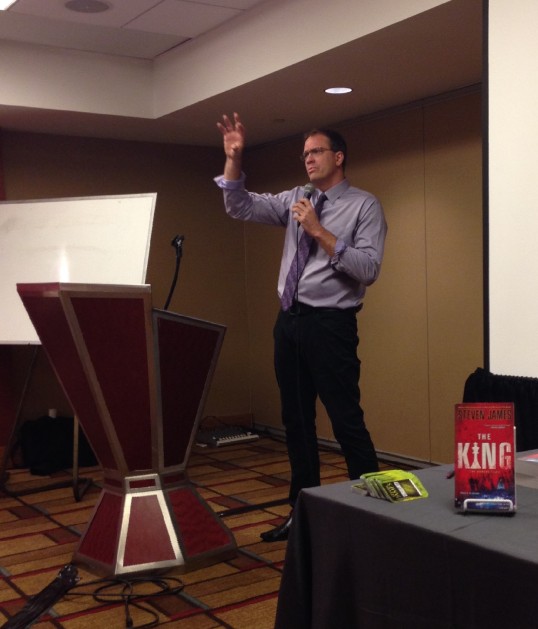 At ThrillerFest VIII I attended Steven James’ CraftFest session on organic writing, (i.e., writing without an outline). Following his presentation, James provided the audience with a handout summarizing his advice. For those interested in writing, below are highlights from the handout.

Let narrative forces rather than formulas drive your story forward. Imagine a giant ball of clay being held by a group of people. As one person presses against the clay it changes shape.

The clay is your story; the people surrounding it represent the narrative forces pressing in on it. For example:

When you know the right questions to ask, your story will unfold in unique, unpredictable and fulfilling ways.

One thought on “Steven James’ Keys to Organic Writing”