Last Friday I attended my fourth Journey concert. This time I saw them in Atlantic City, New Jersey – and as always, they put on a phenomenal show. The set list was comprised of many of the band’s greatest hits, as well as some newer cuts, including “Faith In The Heartland” from Revelation and “Ritual” from Eclipse.

Neal Schon played two guitar solos; one was a blistering version of the “Star-Spangled Banner” and the other an atmospheric intro to “Wheel in the Sky.” 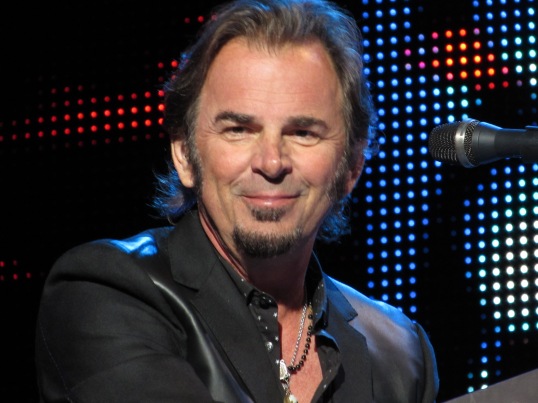 Jonathan Cain’s piano solo that led into “Open Arms” was a gorgeous medley of Journey classics, including “When You Love A Woman,” “Patiently” and “Why Can’t This Night Go On Forever,” among others.

Before the show started, my cousin and I had the opportunity to go backstage and meet Jonathan Cain, whom I interviewed earlier this summer. He was extremely nice and took the time to talk with us and pose for photos, as well as autograph my vinyl copy of Eclipse and a Journey poster for my cousin.

We also had the chance to walk through the backstage area – where we saw Arnel and Deen warming up for the concert. Before heading to our seats, we got some Neal Schon guitar picks and an autographed photo of the band. 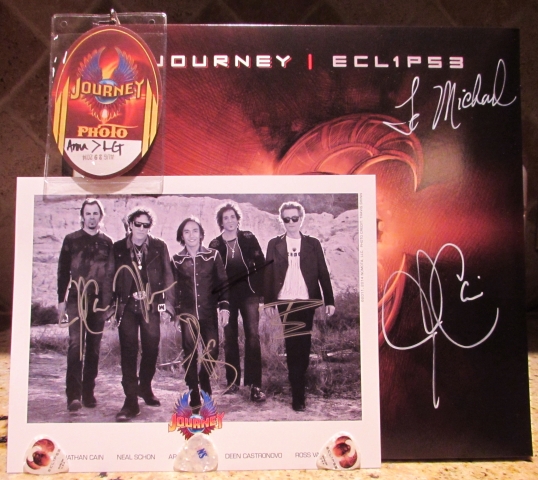 While this may be my fourth time seeing Journey, it won’t be my last. For more than 40 years, they’ve been creating beautiful, infectious music that has served as the soundtrack for millions of people’s lives, including my own, and in concert they continue to put on a show like no other.