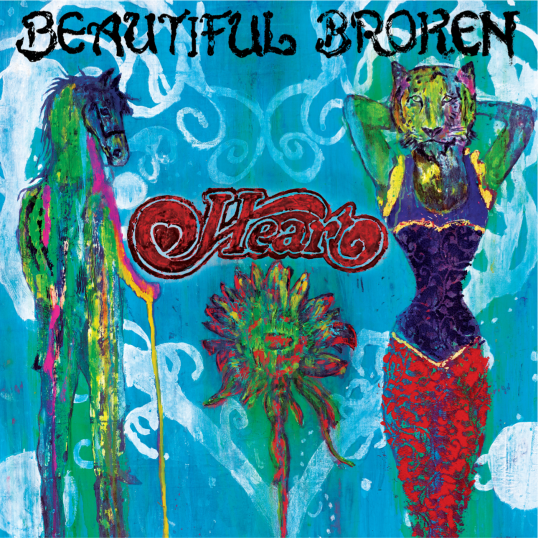 Today, Rock and Roll Hall of Famers Heart released their 16th album: Beautiful Broken. Heart has sold over 35 million albums during their impressive career, and this release is their first in four years. The album consists of reinterpretations of classic Heart tracks, as well as three new cuts. The title track and first single features a dynamic guest vocal contribution by Metallica’s James Hetfield with Ann Wilson.

While the entire album is enjoyable from start to finish, my favorite track is one of the new cuts: “Two.” Nancy Wilson sings this song, and it had a different genesis than many Heart classics, as Wilson first heard it on a demo made for a television show her husband Geoff was working on. She reached out to the song’s writer, R&B sensation Ne-Yo, and asked if he’d consider giving her the song. “I went to work begging for the song,” she said. “Ne-Yo said, ‘sure.’ It ends up he’s a Heart fan. He may still release his own version at some point, but to me the song feels like mine now.”

One of the unique aspects to Beautiful Broken is the string arrangements on four songs done by legendary arranger Paul Buckmaster. Buckmaster’s resume includes work with the Rolling Stones and Elton John (“Levon”). “We were talking about how we wanted ‘Paul Buckmaster-type’ strings at one point,” Nancy said. “So then we decided to call Paul himself.”

Buckmaster’s work on “Sweet Darlin’” is, in particular, a standout, but only because the strings highlight Ann’s powerful vocals. Ann had always wanted another shot at “Sweet Darlin’” so it was an ideal choice for Beautiful Broken. “To me the original sounded somehow incomplete,” Ann says. This version, with Buckmaster’s strings, finishes the song properly, but it also showcases how Ann’s voice has remained strong over the decades.

This summer Heart is touring with Joan Jett & the Blackhearts and Cheap Trick, which sounds like an amazing show. If you’re interested in seeing if this tremendous trio is coming to your area, visit Heart’s website for all of the tour dates.