This past Saturday night I met Dennis DeYoung, former STYX lead vocalist on several of the band’s biggest hits, some of which include “Babe,” “Come Sail Away” and “The Best of Times.” Dennis performed all of these hits and more during the concert, and his voice was as beautiful and powerful as ever.

I attended the concert with my cousin, Chris, and upon our arrival, a couple hours before showtime, our tickets and meet and greet passes were already at the box office, ready for us to pick up. We grabbed a bite to eat, headed to the Keswick Theatre and got situated. 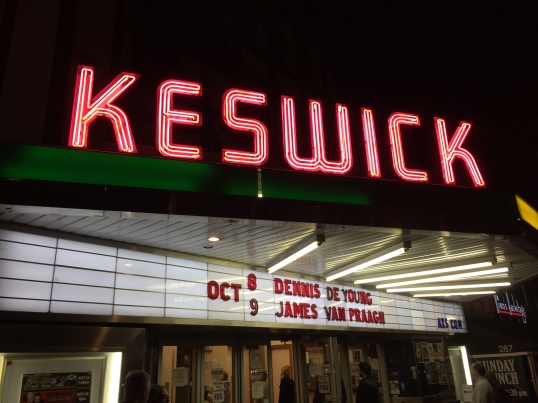 After sitting down, a woman in the row behind me asked how I got the meet and greet bracelet I was wearing. I explained to her that I recently interviewed Dennis and that he was kind enough to provide me with the passes. She talked about her love of his music and asked me where my interview appeared. I happened to have two copies of the interview on me, so I gave her one to keep since she doesn’t use the internet very often. The other copy I was hoping to have Dennis autograph later that night.

My cousin and I also discovered that to our right was the son of one of the guitarists in the band. We chatted with him for a while, and then the lights dimmed and the show started. Dennis’ band came on stage first, followed by the man himself. He was greeted with a roar of applause from the crowd and he broke out into “The Grand Illusion.”

The concert was filled with all of STYX’s biggest hit songs, including those originally sung by Dennis’ former bandmate, Tommy Shaw. His band was phenomenal, perfectly recapturing the magic that made STYX’s music special in the first place. Dennis injected humorous banter in between songs, as well as insightful stories. The audience loved every minute of it. 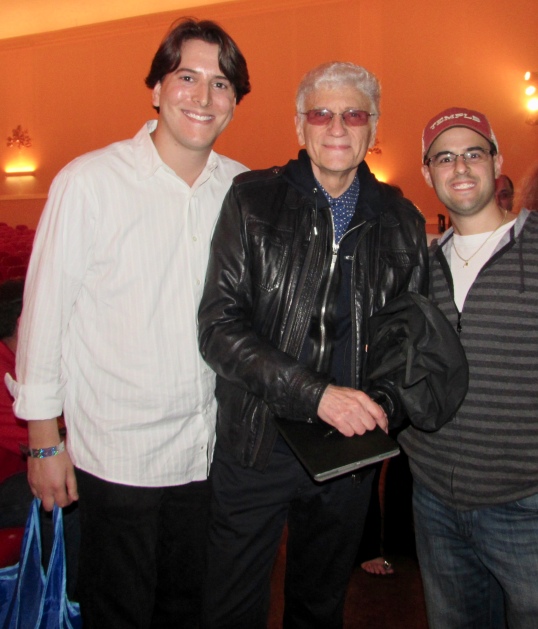 Once the show came to a close, Chris and I, along with the other people taking part in the meet and greet, converged to the front row where we sat down and awaited Dennis and his bandmates. Unlike many meet and greets I’ve partaken in recently, this one was much more informal. Dennis came out and it was a bit of a free-for-all. People swarmed around him, wanting Dennis to sign their albums and pose for photos; I knew his time was limited, so I had to pick my moment to approach him.

At one point Dennis said, “OK, kids. Is there anyone else who’d like a photo? I’m about to head out.” Once I heard these words, I quickly walked over to him and tapped him on the shoulder. I said, “Dennis, it’s Michael Cavacini” and I reached out to shake his hand. He visibly lit up when he heard my name and said, “Michael! It’s so good to see you!” and he shook my hand. I asked him, “Would you please autograph my interview with you?” He said, “Absolutely!” I then told him that I appreciated him saying on Facebook that my interview with him was the best he’s ever done. He proceeded to write on the interview, “You’re the best,” which made me feel even more proud of it.

I then asked him to autograph a STYX greatest hits CD booklet I had that was already autographed by the current band members. He said, “Sure.” Then he pointed at the autograph in the bottom right corner, which belonged to Lawrence Gowan, who replaced Dennis in STYX, and he jokingly said, “Can I cross this one out?” We both laughed. As you can see from the photo above, Dennis’ autograph is front and center, where it belongs. Dennis then autographed my cousin’s concert ticket, and we took a photo with him. 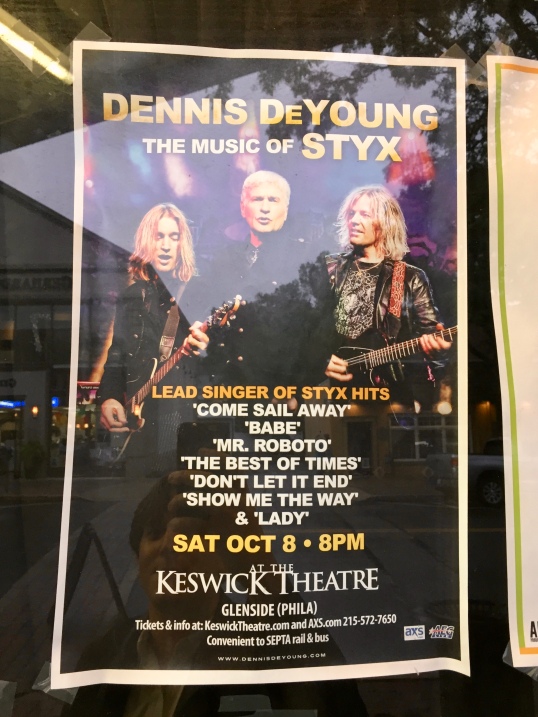 As we left the theater, I was ecstatic. The concert was excellent, and the meet and greet exceeded my expectations. Once again, I interviewed, met and spent time with one of my musical idols. It made me realize how fortunate I am, and how powerful music is. It can transport us, transform us and unit us. Dennis DeYoung’s music has this power, and I’m glad I got to experience it on this memorable night.