Catching Up With Dionne Warwick

I recently had the opportunity to catch up with the five-time Grammy award-winning pop icon Dionne Warwick. In addition to having a career that has spanned more than 50 years filled with hit singles and timeless albums, Dionne is the 2017 recipient of the Marian Anderson Award. This prestigious honor is bestowed upon critically acclaimed artists who have impacted society in a positive way, either through their work or their support for an important cause. Dionne has achieved both in myriad ways. I’m thrilled she’s receiving this well-deserved honor, and I look forward to being at the Kimmel Center in Philadelphia on November 14 when she receives the Marian Anderson Award.

You’re the 2017 recipient of the Marian Anderson Award. What does receiving this honor mean to you?

Well, for the first time, I think I am without words. (laughs) I’m never at a loss for words. I love to talk. But this is probably the biggest honor that I’ve ever received, second only to the renaming of my school in my name. It’s amazing. I’m so overwhelmed by being considered for such an honor.

The Marian Anderson Award gala is taking place in Philadelphia. What are some of your favorite Philadelphia memories?

Well, I used to be a huge fan of the Philadelphia Eagles. (laughs) Of course, that’s changed over the years. Now I’m a devout Oakland Raiders fan. Philly cheesesteaks, of course. And I have a multitude of friends in Philly. Friendships that have been a vital part of my existence for many many years. I have some wonderful friendships there.

In 2014 Barry Manilow released the album My Dream Duets. On the album he included a virtual duet with Whitney Houston on the song “I Believe In You And Me.” What are your thoughts on his rendition of this song?

I haven’t heard it.

Oh, you haven’t? It’s beautiful. I’m sure it would be emotional for you to hear it. But I highly recommend it, as he did a lovely job with the song.

On your last album, Feels So Good, you included a wonderful duet with your granddaughter, Cheyenne Elliott: “Let There Be Love.” What was it like recording that track with her?

Yes, it was amazing. What can I tell you? She’s my baby. When she said that she wanted me to sing with her, I thought that was wonderful. And the song was something we both enjoyed doing. I don’t know that I could put into words what it was like.

I totally agree. Thank you.

While many people think of your Bacharach & David music first, I think the music you created while with Arista was exceptional. What are your thoughts on this period of your career?

It was very interesting. (laughs) Clive Davis and I have been friends for more years than either of us want to admit, I think. And he has a sense for things that I feel not too many people in our industry have. That is, knowing what is good and what is not good for the artist that he happens to be working with at any given time. It was a very interesting period for me, and it was very enlightening.

Bacharach & David reunited with you for the lovely song “Sunny Weather Lover,” which appeared on your 1993 album Friends Can Be Lovers. While you worked with Bacharach in the 1980s, how did it feel to be singing a new Bacharach & David song 20 years after your partnership with them had originally ended?

It was wonderful to, first of all, know that they had resolved their issues, and that they were willing to do what I asked them to do, which was write a song for me for that album.

During your time as the host of Solid Gold you performed duets with some of the greatest artists of all time. Which performances do you consider to be your favorites?

Oh my, that’s a hard question to answer. All the duets I did were very very special. There was such a diverse range of artists that I was doing duets with. I was doing duets with country artists, rock and roll artists, pop artists, R&B artists. It ran the gamut of music. Each one of them was very very special to do. I guess if I really had to pick one artist, it would be when I sang with my cousin Whitney.

Luther Vandross produced your 1983 album How Many Times Can We Say Goodbye and performed with you on the title track, which went on to be a Top 10 Adult Contemporary and R&B single. What was it like working with him on this project?

It was a bunch of fun. We did a lot of giggling. He was very special to me. He was more family than friend. I’m surprised we got anything done in the studio because we laughed so much. (laughs) But he’s a consummate producer. He was very much on what he came into that studio to do and required me to do. Very much prepared, and we went in and made the best record that we possibly could.

You’ve had a career that’s spanned decades and it has been filled with countless hits and amazing albums. How do you approach your music at this point in your career?

Well, like everything, time and growth is very very important, especially in the music industry. That’s what I’m going through at this point in time. Looking at what’s ahead of me and how I feel that I can fit into what’s going on today in the music world.

Your music makes the world a better place. When can we expect new music from Dionne Warwick?

As a matter of fact, I’m getting ready to go into the studio in the next couple of weeks.

Really? Can you give us a preview of the kind of music you’ll be recording?

Do you have a sense of when it will be released? 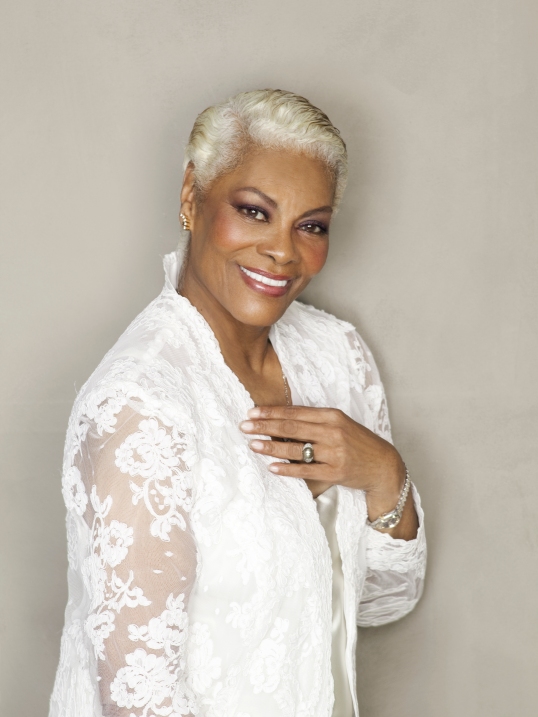 In this age we’re living in, where there’s political unrest and so much hatred, what role does music play in uniting us?

Music has and will always be the healing force. Songs like “We Are The World” brought people together to alleviate hunger. “That’s What Friends Are For” brought people together to understand the plight of illness, as well as other areas they eventually got to use the song for: birthdays, weddings, friendships, across the board. Music has that ability, to soothe the savage beast. I think with all of the madness that’s going on right now, with Mother Nature not being too happy with us, the music industry always seems to be the ones that come forward with whatever has to be done; not only musically, but also physically and emotionally. Music is what makes the world go round.

Last year you announced that a movie about your life was in the works. What’s the latest on this project?

We’re going into the studio to record first, so we have the genesis of what Dionne Warwick’s life is all about. And by the end of this month or early November, we’re going to start filming.

That’s exciting! And will the film come out next year?

Yes, I’m sure it will be next year.

Great! I’m looking forward to it.

Is there anything you’ve yet to accomplish that you’d like to do?

I usually answer it this way: The Oscar, the Emmy and the Tony, and not necessarily in that order. (laughs) Those are the three areas I feel I’ve yet to give a credible amount of attention to. However, I hope to do so within the next few years.

2 thoughts on “Catching Up With Dionne Warwick”