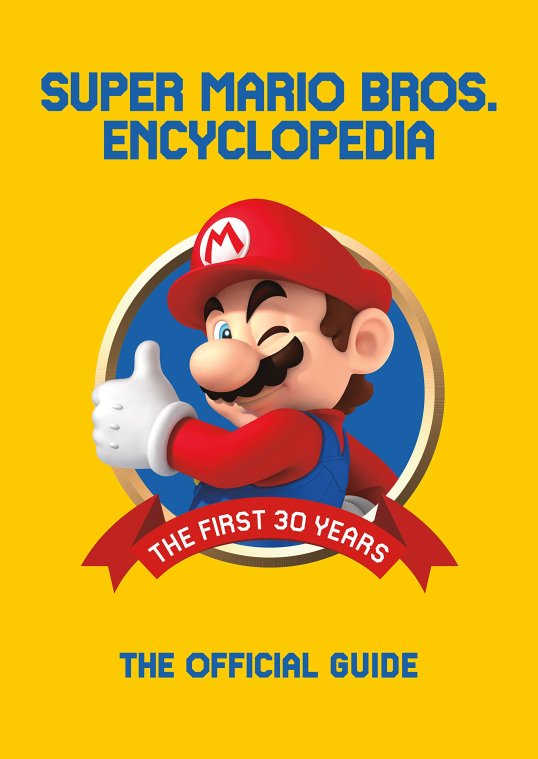 Super Mario Bros. Encyclopedia covers the first 30 years of the most well-known video game franchise ever. This book was originally released in Japan three years ago and it is now finally available in an English translation. Unfortunately, it doesn’t cover any Super Mario games beyond it’s original publication date: 2015. So, you’re not going to get any info about Super Mario Odyssey or any other recent titles in this 255-page tome. Another strange omission is there’s no essay from Shigeru Miyamoto, the visionary producer and director of the original Super Mario Bros. game and a constant creative force in the franchise. Instead, we get an introduction by Takashi Tezuka, one of the designers from the original game. Sure, his insight is interesting. But I would have preferred an introduction by Shigeru Miyamoto and an afterword by Takashi Tezuka, since Miyamoto is more important and well known. Aside from these gripes, there’s plenty to enjoy in this book. It covers all of the major games from the original Super Mario Bros to Super Mario 3D World. This beautifully bound book will let you track the evolution of the Goomba, witness the introduction of Yoshi, and relive your favorite levels. It also includes tips to help you find every coin, star, sun, and mushroom, and it even provides explanations for glitches. Overall, Super Mario Bros. Encyclopedia is an excellent book that fitingly pays tribute to my favorit video game character of all time. It’s a reminder and celebration of the magical characters and games that only Nintendo can create.