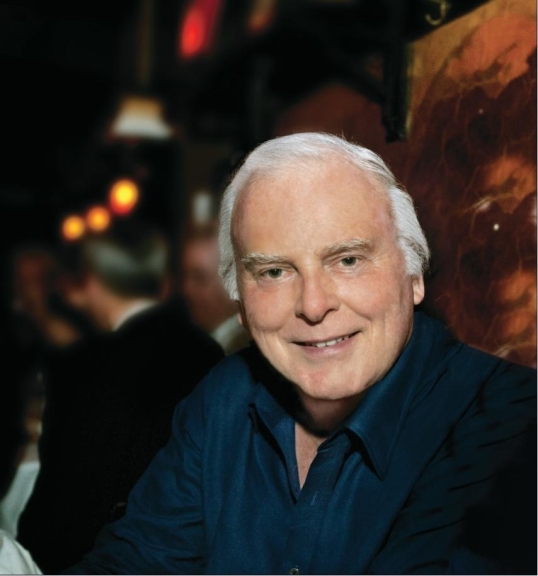 Stuart Woods is one of the first thriller writers whose work I fell in love with. His characters have fantastic names like Felicity Devonshire, Vance Calder and, my all-time favorite, Stone Barrington. I’m constantly impressed by the fluidity of his prose, as well as his wonderfully descriptive romantic scenes. There have been countless occasions when I stopped reading one of his books to recite a passage to a friend because I was so impressed by the use of adjectives, verbs and metaphors. Simply stated, he’s a terrific writer everyone should read. Speaking of which, Stuart Woods has a new Stone Barrington novel available: Standup Guy. Make sure to pick up a copy after reading my interview with the author below.

After graduating college, you started out working at several advertising agencies. What made you realize advertising wasn’t for you, and how did your time in the industry influence your future writing?

I found the advertising business to be a wonderful preparation for writing professionally. I always advise young people who want to write for a living to find a job in advertising, journalism, PR – any profession that requires you to sit down and write a thousand words a day, whether you feel like it or not. Advertising did that for me, and in addition, I had to satisfy some very demanding bosses – some of the best writers in the business – who wanted persuasive writing and every word to count. I left because I felt I had gone as far as I was going to go in that business, and because I had wanted to write fiction since I was a child, and leaving advertising forced me to finally write the novel I had been thinking about since I was ten. 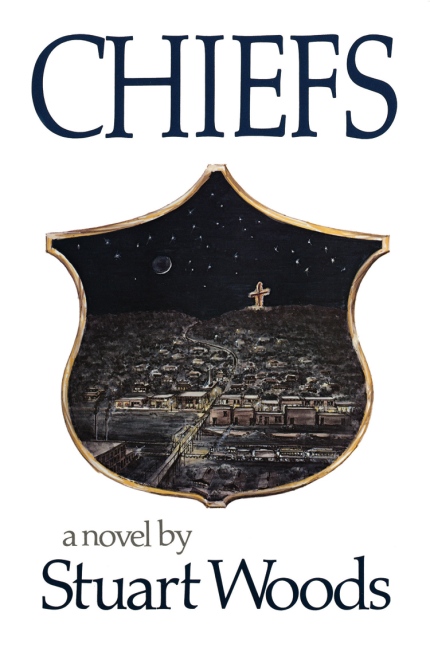 I didn’t know the Mystery Writers of America were my peers, since I had never heard of the award, though I was very happy to receive it. I thought I had written a novel about how small towns worked, but I was delighted that they found it to be mysterious.

Chiefs was turned into a TV miniseries with a stellar cast of actors, including Charlton Heston, Danny Glover, Billy Dee Williams, and John Goodman. Did you have an active role in the creation of the miniseries, and did it live up to your expectations?

I didn’t write the screenplay, but the producers were kind enough (and smart enough) to send me every draft of the screenplay and solicit my comments and suggestions. I made a lot of those, and they even accepted some of them, particularly in casting. Heston’s character, Hugh Holmes was based on James S. Peters, a father of my home town, and I interviewed him at length about the town’s history. I loaned the tapes of that interview to Heston, and he used them to create his character and his accent. I was delighted with the miniseries; I thought it true to both the plot of the novel and its intent. I played a small part in the mini-series, and they made me travel to New York to read for it. I had a two-minute scene with Billy Dee Williams, a fine actor who, for some reason, could not remember his lines. We rehearsed at length, shot it, then rehearsed some more and shot it a couple of more times. He finally got his lines right, whereas I was perfect throughout. I thought, “This acting thing isn’t so tough; after all I knew my lines.” Then I saw the series at a screening: Billy Dee was wonderful, and I came off as a blithering idiot. I thought, “Maybe there’s something to this acting thing, after all.” 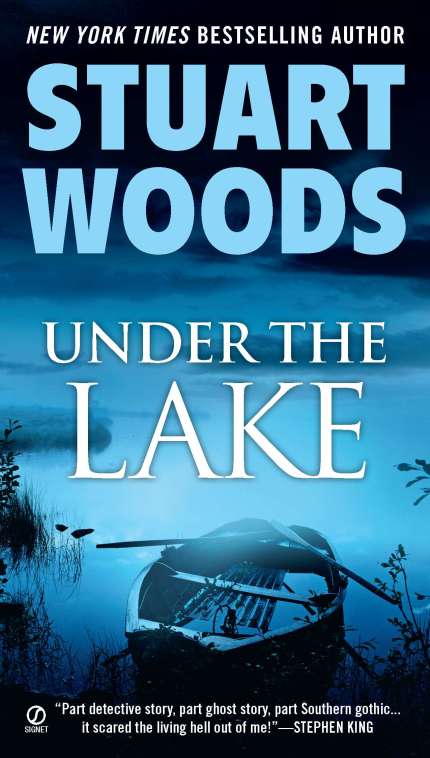 I thought your standalone thriller, Under the Lake, was one of your best. It’s very different from your other work but just as captivating. It even attracted the attention of Stephen King, who lauded the book by saying, “it scared the living hell” out of him. More than 25 years later, what’s your opinion on the novel?

I reread it when someone was writing a screenplay (ultimately unproduced) from it, and I liked it a lot. I tried to get Simon & Schuster to use King’s comment, which was one line in a fulsome letter he wrote about the book, and they wouldn’t. They wanted to say, “It scared the living heck out of me.” (!)

For the past several years you’ve been providing fans with a steady flow of Stone Barrington novels. Do you plan on revisiting any of your other series or writing any new standalone thrillers?

My publisher persuaded me to write only Stone novels in a new contract (he offered me money, and I can be bought). I think he meant that he wanted the words, “A Stone Barrington Novel” on every cover. I tricked him by including all the other series characters in the various novels. Anyway, my readers who write to me like Stone best.

Having written 28 Stone Barrington novels, how do you keep your books fresh?

I have a fevered imagination and a rich fantasy life, which helps with the sex scenes. 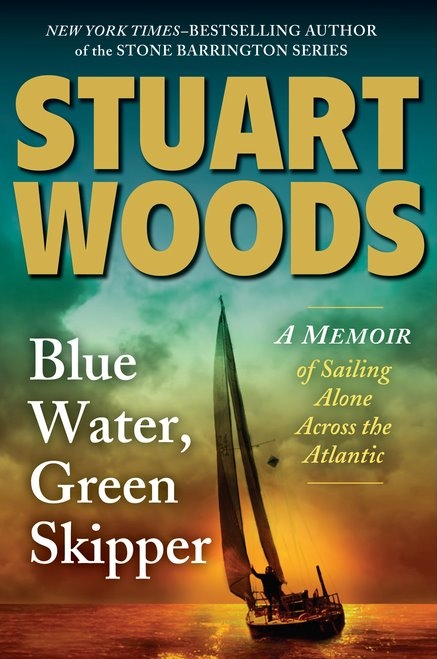 I’ve had a great deal of mail about the book from readers – most of them, yachtsmen, and they were all warm in their praise. Reading it allowed me to revisit a happy time in my life. One day, I’ll write a full-blown autobiography, and I’ve reserved the right to plug the old book into the new one. I don’t think I can write about that time of my life any better.

Many popular writers, including James Patterson, have increased their productivity by collaborating with other authors on novels. Some readers don’t care for this practice because they feel having a co-author dilutes the end product, while others are perfectly fine with it. What’s your opinion on the matter, and would you ever collaborate with another author on a book?

I’ve never done that, though my publisher says he would like it. I’ve instructed my widow-to-be to call my agent as soon as I’m dead and hire a few writers, and I’ve explained to her that Jim Patterson makes more money than God. 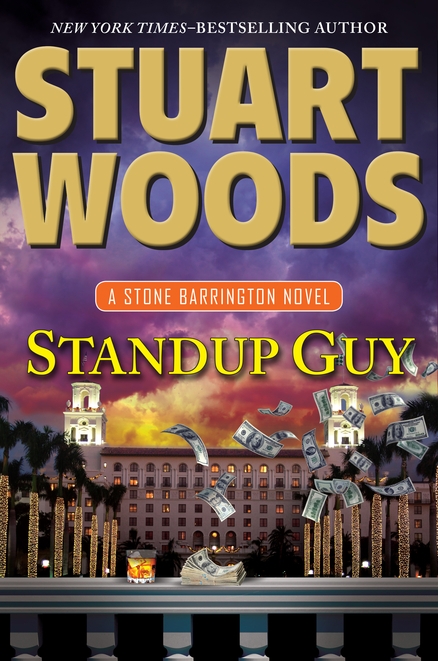 Since you’re working on and releasing multiple books a year, how do you go about keeping track of all the characters and details from novel to novel?

My characters exist for me in an alternate universe; I know exactly what’s happened to them, though they know nothing about me. Apparently, they don’t read. I seem to have a gift for keeping their stories in memory.

What are you working on now and what’s next for Stone Barrington?
There are two Stone novels completed and awaiting publication, and I’ll finish another this week. Standup Guy is coming out on January 7th.