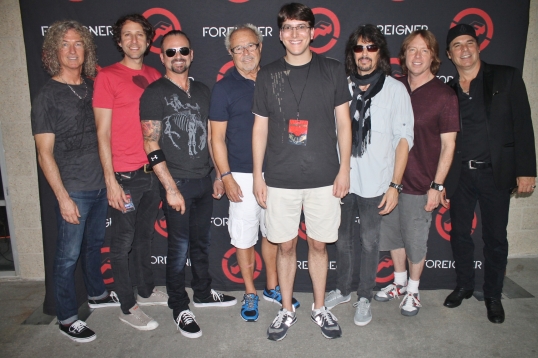 Meeting Foreigner backstage before their concert.

Foreigner, Styx and Don Felder have been traveling across the country on the Soundtrack of Summer tour and I was in attendance for their July 3rd concert in Camden, NJ. The evening consisted of four hours of 31 classic songs, and the crowd loved every minute of it. People were swaying, singing and dancing in the aisles. It was a fitting way to kick off the celebratory July 4th weekend.

After picking up my tickets, VIP pass for Foreigner, backstage pass for Don Felder, and photo pass, I was ready to go. Foreigner’s meet and greet host walked us into the arena and we were brought backstage to line up for a photo with Foreigner. As you can see from my photo above, it turned out great. And I had the opportunity to shake all the guys’ hands and briefly chat with Kelly Hansen, who I interviewed earlier this summer. 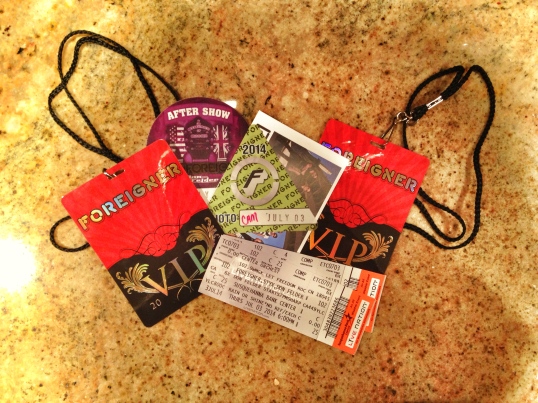 Once the Foreigner meet and greet concluded, I quickly made my way to the pit in front of the stage to take photos of Don Felder, who had just started performing. He played many of the Eagles’ biggest hits, while peppering in some of his solo work, including a new track from his latest album: Road to Forever. The highlight of Felder’s set was Tommy Shaw of Styx joining him on the iconic song “Hotel California.” The crowd ate it up and was singing along the entire time. It’s also worth noting how exceptionally talented Felder and his band are. They performed a really tight set while having fun at the same time. It was a great way to get the evening started. 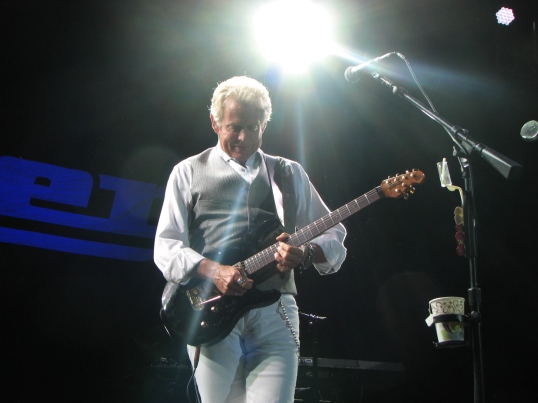 After Don’s set came to a close, I rushed to the backstage entrance to meet him. His touring manager brought me and a few other people to his dressing room where we had the opportunity to relax, chat and take photos with Don. It was a surreal and enjoyable experience I won’t soon forget.

Backstage with Don Felder in his dressing room after his set.

I must have spent at least 10 to 15 minutes in Don Felder’s dressing room, so by the time I got back to my seat Styx had already performed a couple songs. Nevertheless, I enjoyed the remainder of their set and marveled at their amazing stage presence and energy. Tommy Shaw, the consummate rocker, was all over the stage. And at one point, he walked through the aisles of the crowd playing his guitar; it was an awesome moment that caught everyone by surprise. The band’s lead singer, Lawrence Gowan, was also equally impressive. Whether he was jumping over his spinning keyboard or dancing around in a funny hat, Gowan had complete control of the audience and reveled in the moment.

Styx had the longest setlist of the night with 11 songs, nearly all of which the crowd knew word for word. And since Tommy Shaw joined Don Felder for his set, Don returned the favor by accompanying Styx on “Blue Collar Man.” 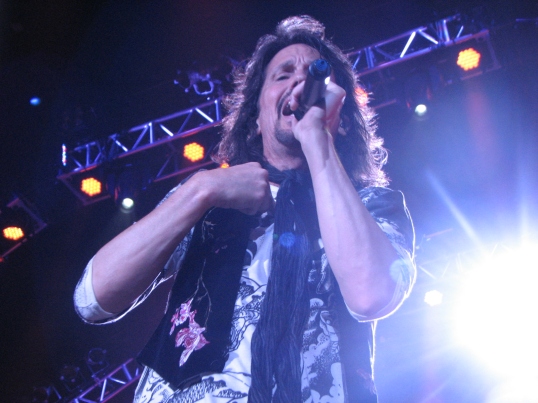 While I enjoyed Don Felder and Styx immensely, I was most excited to see Foreigner perform and I wasn’t disappointed. The band came roaring onto the stage and launched into “Double Vision,” followed by “Head Games,” “Cold as Ice” and “Waiting for a Girl Like You.” 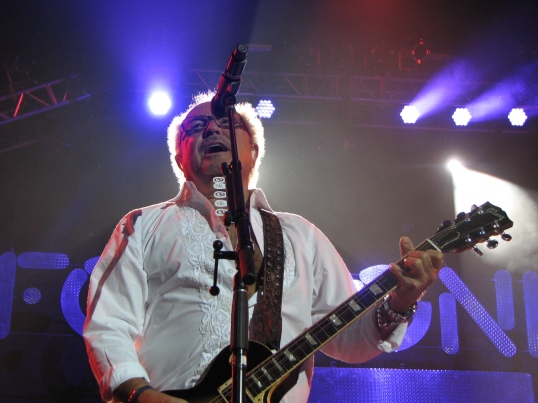 Then, Kelly Hansen introduced Mick Jones, the founding member of the band, who has been out of action for a period of time because of health issues. Mick stepped onto the stage to a warm ovation and started playing the guitar riff to my favorite Foreigner song: “Feels Like the First Time.” At this point, I was in heaven. 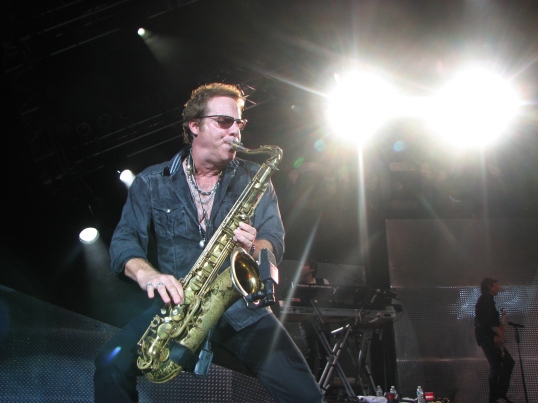 In between songs, Kelly announced that Foreigner will be performing two special concerts at the Borgata in Atlantic City on October 3rd and 4th called “The Best of Foreigner 4 & More.” As the name implies the band will be performing their entire classic album, 4, as well as other classics. It should be an amazing event and I look forward to checking it out.

All in all, it was a phenomenal night of music that I’ll remember for a long time to come. The Soundtrack of Summer tour is running through August 17, so check out the remaining tour dates and pick up your tickets before they’re gone.

2 thoughts on “Foreigner, Styx & Don Felder Bring The Soundtrack of Summer to NJ”