On Thursday night I went to go see the Robin Zander Band (RZB) perform in New York City, and it was a terrific show. I had first seen Robin with Cheap Trick a few months back on KISS Kruise IV, and I also attended one of his solo acoustic shows during the cruise. Both concerts were great, and the RZB performance this past week was just as compelling. It was two hours of fun classic rock in an intimate setting, and I got to meet Robin after the concert. Check out the band’s website for upcoming tour dates as they put on a show you don’t want to miss.

In addition to attending a great concert and meeting Robin, his band and his son, I had the opportunity to interview Robin Zander on Friday right before he hit the stage. We talked about everything from the Rock & Roll Hall of Fame to KISS to new Cheap Trick music. Also included below are photos and videos from the RZB concert in New York City. Enjoy!

I really enjoyed your concert at B.B. King’s in New York on Thursday night.

Thank you. We’re a little loose but we like to have a lot of fun. I hope that brought back some memories for ya.

The first time I saw Cheap Trick was on KISS Kruise IV, just a few months ago. What was it like performing for a rabid group of KISS fans on the open sea?

In addition to the Cheap Trick set during the pre-party, you got to do your acoustic sets, which involved your son and your daughter. Those were terrific.

Yeah, that was really a lot of fun, and they enjoyed it too. That was only the second time I’ve been on a cruise. I’m not a cruise guy or anything. It was fun. 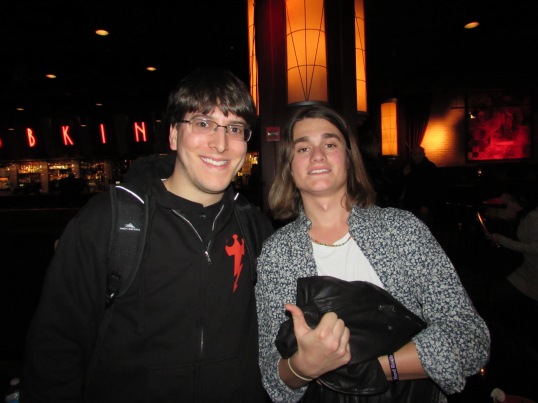 With Robin’s son, Robin Zander Jr., after the NYC show on February 5.

What was it like working with Jack Blades on his Rock ‘N’ Roll Ride album? The song you guys wrote together, “Anything For You” was very Beatles-esque.

Well, he had these verses without a chorus and I happened to be at his house. I forget why, but I heard it and said, “Well, I’ve got this chorus. Let’s do it with that chorus in mind.” He’s got a studio there, so we went in the studio and put the chorus right into the song. It was that easy. (laughs) I’ve known Jack a long time. It’s very easy to work with Jack.

Well, the biggest difference is that Cheap Trick does original material. Once in a while we do a cover song. The Robin Zander Band does everything under the sun that everybody’s done, including ourselves (laughs). But it’s really cool because we’re all about the same age and we’ve all been in garage bands that learned these songs way back when, so it’s easy for us to put them together.

Meeting Robin Zander after his concert in NYC on February 5.

How important is it to you for Cheap Trick to make it into the Rock & Roll Hall of Fame?

I don’t know. It would be cool if we were in but if we never make it in or if it happens after I die or something…it’s really not a deal breaker for us. Cheap Trick has been around for over 40 years. We could really, it doesn’t matter, let’s put it that way. (laughs) But if they wanted to put us in there it would be cool. It’s like another feather in your cap. The real feather in our cap is that we’re still a rock band that goes out and tours and we beat the shit out of anyone that we can. (laughs)

Whether it’s Cheap Trick or the Robin Zander Band, you have an extremely passionate and dedicated fan base. What’s that like?

I really appreciate it. These people have been following us around for years. It really motivates a band like ours. If there’s nobody to play to, it gets a little boring. (laughs) We have a great audience.

What are you looking forward to the most about Cheap Trick’s upcoming tour with Peter Frampton?

Oh, it’s great! Peter Frampton is someone I always looked up to. Humble Pie has always been one of my favorites of all time. Steve Marriott and Peter Frampton, that combination was just incredible during that period in time. It’s fantastic! What can I say about it other than that? 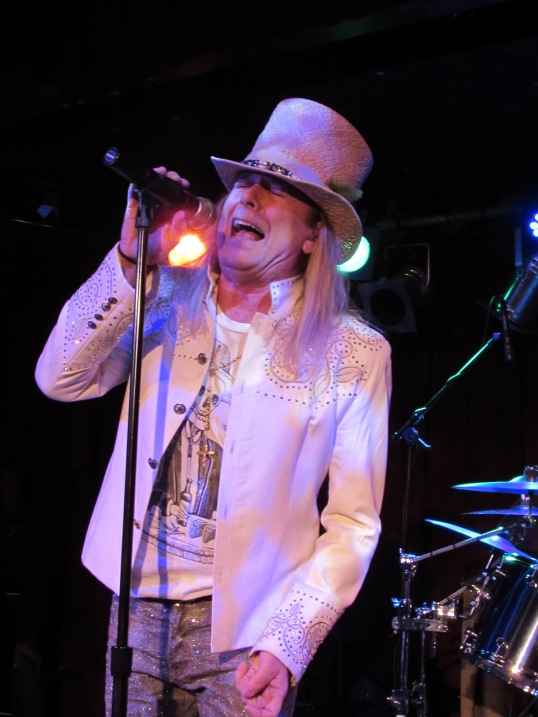 You have a terrific voice and it still sounds great. Many rock stars who’ve been singing for decades can’t say the same. What do you do to keep it in such great shape?

I lie about my age. (laughs) That works every time.

The Robin Zander Band is a really tight band. Would you guys consider putting out an album?

Well, we record live all the time. If we do a record, it’ll probably be a live thing. We take it as it comes to us. We don’t push the envelope. There’s no reason to. We play and we record all the time, and if somebody wants to offer us a record deal or something, then we’ll consider putting it out.

3 thoughts on “A Conversation With Cheap Trick’s Robin Zander”