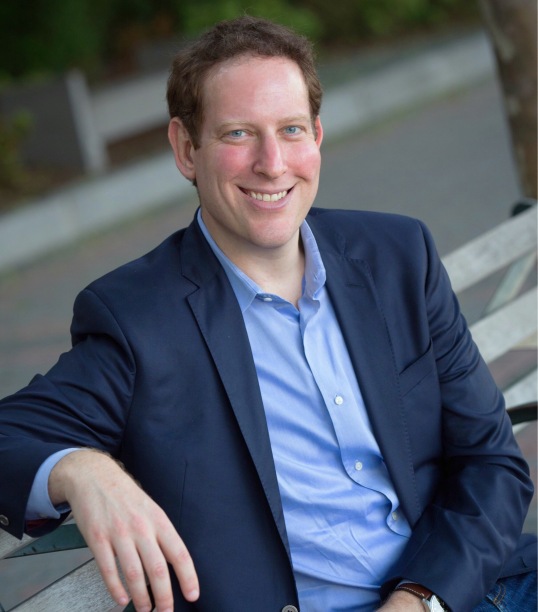 Jason Pinter is one of my favorite authors. He’s an excellent writer who has written numerous internationally best-selling books. And, he’s also the founder and publisher of Polis Books, an independent publishing company he launched in 2013 following positions in editorial and marketing at Warner Books, Random House, St. Martin’s Press and Grove/Atlantic and the Mysterious Press.

Jason’s newest book, The Castle, is available now. He was kind enough to speak with me about this new release, as well as his impressive career thus far. I hope you enjoy it.

You’re a publisher and author, and you’ve held marketing and editing positions too. What made you want to break into this industry in the first place?

I was always in love with the written word. I was that kid who read under the cover with a flashlight when his parents went to bed. I thought that if I could make my livelihood telling stories or working with those who did, I would be immensely happy. And I was right.

Your debut novel, The Mark, is fantastic. What inspired the premise?

I was a young(er) man when I started writing that book, I believe around 24 or 25. And I’d read a lot of thrillers recently about young men in which they were all degenerates, scoundrels, liars, and cheats. I wanted to write a thriller where someone that age—my age—was the hero. He wasn’t perfect, but had a good heart. That’s where Henry Parker came along.

From the first word to the final approved draft for publication, how long did it take to write The Mark?

I’d say about 3 years. I did about 9 drafts before my agent and I even began submitting to publishers, and probably another 3 after that.

What was the feedback, critically and commercially, when you released The Mark? And how did it feel to finally be a published author?

The feedback was tremendous. Thankfully most readers got what I was trying to do with the story and character, and it was nominated for a few awards as well. And the first time I saw my book on the shelf in a store…chills.

James Patterson famously talks about how many times he was rejected at the start of his career. What was the process like for you?

I wrote two novels before THE MARK was published. The first was a terrible coming of age novel that will never leave my drawer (and rightfully so). I didn’t even try to sell it. The second was a sort of reality/suspense mashup satire about a guy who writes a memoir, but finds that his life is being manipulated behind the scenes by an agent to make his life more salable. I landed an agent for that one, but it got rejected by everyone who could have rejected it. Then I wrote THE MARK.

Hanging out with the best-selling author of the terrific Henry Parker series, Jason Pinter.

I distinctly remember reading the end of The Guilty while on a road trip to Florida with my cousin. He was asleep but I stayed up late to finish the book, only to be blown away by the ending because Henry and Amanda break up. This made me immediately buy and download the next book in the series, The Stolen, to see if they got back together. Was writing an unhappy ending a tough decision? And what was the feedback from fans?

It was a very tough decision, but of all the choices I’ve made in my writing of that series, it’s probably the one I have most confidence in. Henry is not a perfect man. Far from it. I wanted him to make stupid, rash, illogical decisions, because we all make those. But in his heart he thought he was doing the right thing. But he was stupid for not taking Amanda’s heart into account when doing it. And thankfully the feedback has always been “I can’t believe Henry did that!” as opposed to “I can’t believe you did that!” which lets me know how invested people are in the character.

Do you outline your books like Steve Berry or fly by the seat of your pants like Lee Child? And why?

I don’t outline, for the most part. Contractually I had to provide outlines for a few of the books, but I was given leeway to change them, which I often did. When I write a book I tend to have three points in mind: I know how the story will start (an opening scene), a point around halfway where there will be a twist or something that makes the story change course, and I generally know how I want it to end. Maybe not the specifics, but where I want it to end up.

Do you set daily writing goals for yourself? If so, what are they?

When I’m going full bore on a manuscript, I try to write every day so the story stays fresh. Now that I’m running a company and have a young daughter (3 months old), I don’t really have the freedom to say “I’ll write 2,000 words come hell or high water!” But I try to write until the section I’m working on says to me, organically, “that’ll do for now.”

Harlan Coben can write anywhere. How about you? What’s your ideal writing environment?

Peace and quiet. My favorite time to write is late at night, after 10 pm. That’s hard with a baby to take care of, but it also allows me to wash the day off. I have a great desk at home where I do most of my writing, but I’ll also write at coffee shops and the like. But my perfect environment is late at night with no distractions.

What ever happened to the sixth Henry Parker novel, The Invited? And what’s the future look like for Henry?

In 2011 you published a book called Faking Life but it’s no longer available. How come?

That was the reality/suspense mashup I talked about. It was a fun experiment to take an old book and put it out there, but the truth is it didn’t get published for a reason, and it’s also very different than my other books. I didn’t want people to stumble on it, read it, then not pick up my other books for that reason.

Last year you wrote a novella that was a parody of President Trump called, Donald Trump, P.I.: The Case of the Missing Mexican Wall. When can we expect the follow-up to this humorous short read?

I’ve been thinking about this a lot, but truthfully I’m so disillusioned and angry about the current political landscape that writing it doesn’t seem quite as funny to me these days as when I didn’t think Trump would actually get elected. Maybe that will change and P.I. Trump will come back.

In 2013 you founded Polis Books and the company is doing great. What made you want to become a publisher and what does Polis offer that other publishers don’t?

I’ve always had a little bit of a control freak mentality, and I wanted to take everything I learned from working at some great publishers and apply that to my own shindig. I wanted to offer the professionalism of a large publisher with the nimbleness of a smaller publisher or independent, with a focus on making sure authors felt they were part of the process every step of the way.

What does it take for new and aspiring authors to become successful in this day and age?

Write a great book. And know how you’re going to get people to read it.

You recently released The Castle, your first new novel in years. And it was published on the 10th anniversary of the release of your first novel, The Mark. What made you want to write this book now?

As I watched the 2016 election and the insanity of it, I thought it could make a fascinating backdrop for a thriller. What would it be like for an ordinary person to be inside the most controversial election in history? And what if all the things Trump did that people found impetuous were actually very much calculated and strategic? That’s where Remy Stanton and Rawson Griggs were born. I love this book and I’m proud of it.

Any other exciting projects or news on the horizon that you’d like fans to know about?

Oh yeah. But you’ll have to wait and see!