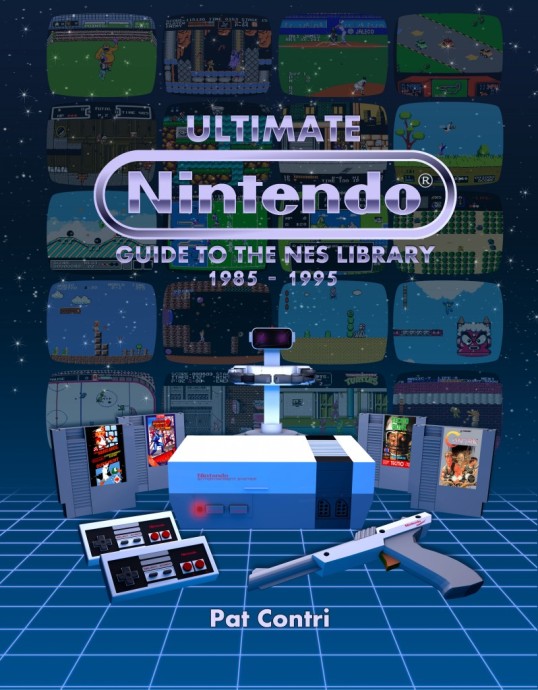 Ultimate Nintendo: Guide to the NES Library 1985-1995 is an expansive and thorough look at one of the greatest video game libraries of all time – the Nintendo Entertainment System. This 450 page book covers all licensed and unlicensed games released during the system’s lifespan, and features information and reviews on hundreds of classic (and not so classic) 8-bit games.

If you love Nintendo like I do and grew up with the NES, or are simply looking to delve into the influential system’s rich history, then you will enjoy this book. It’s overflowing with screenshots, facts and tidbits about hundreds of games. I was able to quickly search for games I loved playing as a kid and read about when they were released, the author’s thoughts on them and whether or not they still hold up today. Not only is this book a great way to reminisce about games you’ve owned or played, it’s a terrific way to discover those you’ve overlooked or didn’t even know existed. There are also numerous supplemental articles that provide context and insight into this golden era of gaming.

Ultimate Nintendo: Guide to the NES Library 1985-1995 is an excellent book that I highly recommend. It’s available both digitally and physically, and it’s a great addition to the library of any fan of video games, entertainment or pop culture.