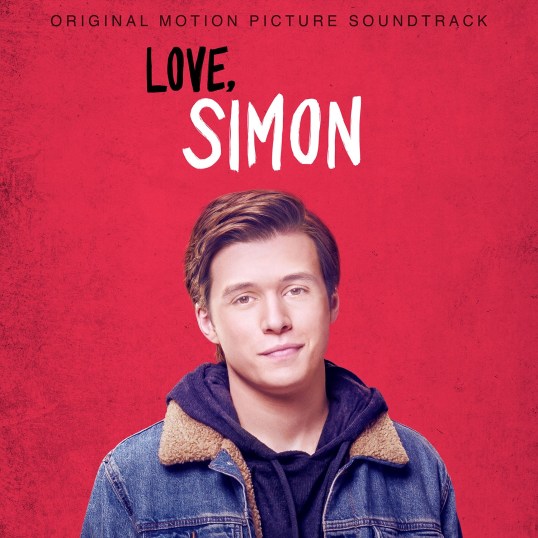 Tonight I attended the first local screening of a movie coming out March 16: Love, Simon. This wonderful film is based on the novel Simon vs. the Homo Sapiens Agenda by Becky Albertalli. Love, Simon far exceeded my expectations, as well as my wife’s. We both laughed, cried and left the movie immensely satisfied. The characters are well-developed, the acting is superb, and the smartly-written script kept us engaged and emotionally invested the whole way through. You might’ve noticed that the image above is for the soundtrack of the film. That was done on purpose, because the music in this movie is a character all its own. It’s so good that I rushed home to write this review and I’m playing a Spotify playlist of the music in the background because the official soundtrack isn’t available until March 16, which is when you should make it a point to see this amazing movie.

A Conversation With Kevin Casey

With the amazing #conductor of #MammaMia: Kevin Casey. @steph121687 and I met him before the show at Little Pete's; so, I said "Hi" to him during the intermission and told him how I was amazed by him conducting and playing the keyboard simultaneously. #musical #MerriamTheater #VisitPhilly

In December 2016, I met Kevin Casey at Little Pete’s diner in Philadelphia, PA, just a few hours prior to seeing a farewell tour performance of the musical Mamma Mia! at the Academy of Music with my parents. He was wearing a Mamma Mia! hoodie, so I approached him and I said, “I’m going to see Mamma Mia! with my family later today. Are you a part of the production?” Kevin told me, “I’m the conductor,” which blew me away. I didn’t expect to meet the man behind the music at the counter at Little Pete’s. I made it a point to say “Hi!” to Kevin at the show and we stayed in touch ever since. He was kind enough to let me interview him and we discussed his musical upbringing, what he studied in school and what led to him working on Mamma Mia! and, now, Kinky Boots.

END_OF_DOCUMENT_TOKEN_TO_BE_REPLACED

Last week’s performance of The Legend of Zelda: Symphony of the Goddesses in Philadelphia was an emotional one for the show’s producer Jason Michael Paul. It was the first time he’s been back at the venue where he started his career since December 2001, when he was working with Luciano Pavarotti on a performance celebrating the opening of this now iconic arts and culture center. Sixteen years later Jason returned to produce The Legend of Zelda: Symphony of the Goddesses, a show that celebrates more than 30 years of timeless music from one of the most enduring video game franchises of all time: The Legend of Zelda.