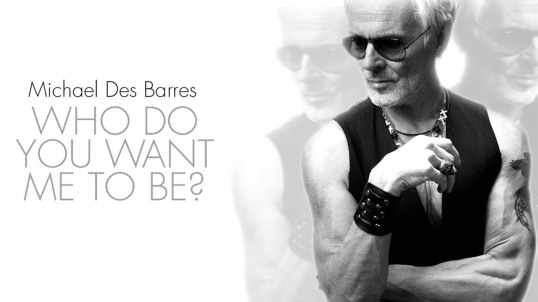 Michael Des Barres has carved a path through show business and life like no other. He has played rock stars and been a rock star. He’s been a fictional DJ, and a real DJ with millions of listeners on Sirius XM. A singer with record deals over the course of five decades and an actor in over a hundred TV and movie appearances, chances are you know him and don’t know it. Michael Des Barres: Who Do You Want Me To Be? allows Michael, the son of a junkie aristocrat and a schizophrenic showgirl, to tell viewers his story from its very high highs to its very low lows (and some very high lows too). A host of eyewitnesses including Gabriel Byrne, Steve Jones (The Sex Pistols), Don Johnson, John Taylor (Duran Duran), Allison Anders, Ed Begley Jr., Pamela Des Barres, and Steven Van Zandt all join in to corroborate Michael’s wild tale. This documentary is an excellent encapsulation of a life well lived, and I highly recommend that everyone see it.

Michael Des Barres: Who Do You Want Me To Be? appeared at the San Francisco Documentary Film Festival and the Macon Film Festival, where it was universally praised, and the reviews that are rolling in with its worldwide release are overwhelmingly positive. For those of you that read my three-part interview with Michael Des Barres, you know that his career has been a varied and prolific one. He’s a modern-day renaissance man. Not only is Des Barres a consummate actor, he’s one of the most underrated musicians I’ve had the pleasure of seeing perform live. Whether it was in Silverhead, Detective, Chequered Past, or his solo work, Des Barres has sung with soul and rocked as hard as any musician on the planet. Michael Des Barres is an enigmatic figure brimming with charisma and creativity. Watch Michael Des Barres: Who Do You Want Me To Be? and revel in his intriguing and inspiring life story because it’s one for the ages.