Archive for the tag “Sea Turtles”

I’m Back From Mexico

My girlfriend and I are back from Mexico and it was a great trip. The weather was beautiful almost every day except for the last – but I’ll take a rainy day in the 60s over a chilly snowy day in Philly anytime. We went snorkeling with sea turtles and fish and visited Mayan ruins in Coba and Tulum. We also ate a ton of food, including a chocolate cake I couldn’t seem to get enough of at the “Cupcake Cafe” (i.e., Starbucks) on the resort. All in all, it was a great vacation and a fitting way to celebrate being in a relationship with my girlfriend for one year. For those interested, I highly recommend checking out Mexico; it’s a beautiful destination worth exploring.

We stayed at Sandos Playacar in Playa del Carmen, Mexico.

Our room was very nice and featured a jacuzzi.

This was a great spot by the pool to relax, read or take a nap. 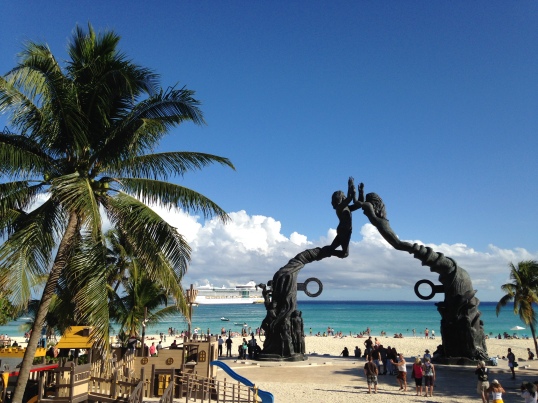 Here’s a view of the beach from 5th Avenue in downtown Playa del Carmen. 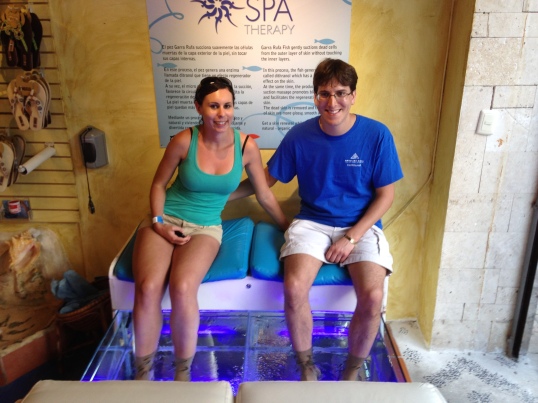 I was convinced to partake in a Fish Spa treatment where small toothless fish remove dead skin from your feet. You could also refer to it as a nautical pedicure. 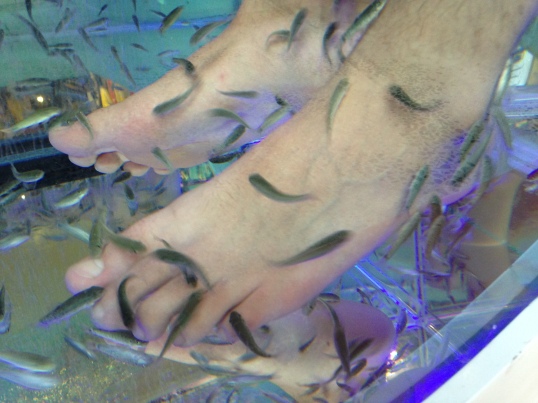 Here’s a closeup of the fish in action. It just tickled and felt like small vibrations. While the end result wasn’t nearly as smooth as a pedicure, it wasn’t bad for $10.

Here’s a photo of us with a Shaman after he performed a ceremony asking the spirits to allow us to enter a Mayan cenote. 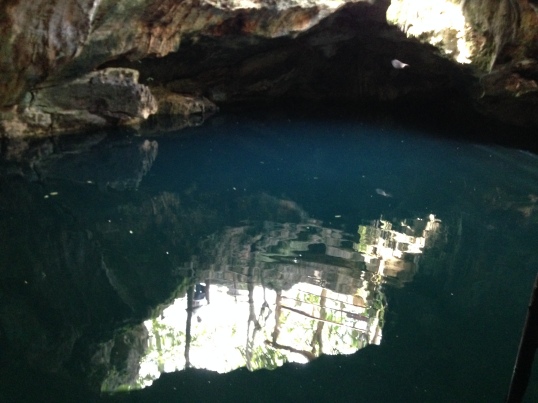 And here’s the cenote, which featured sea turtles and bats.

We had the opportunity to visit a Mayan family’s home during our tour of Coba.

Here’s an inside shot of the home. Seeing this and learning how the community is economically and educationally deprived, made me more grateful for what I have here in the United States.

Here’s that chocolate cake I mentioned earlier – it was amazing.

There were several pools throughout the resort.

There was also a mini-golf course that we took advantage of. While I lost to my girlfriend multiple times at air hockey in the game room, I won at this activity.

In addition to monkeys, donkeys and lizards, the resort had approximately 10 cats that lived there. They had their own outdoor area called “Cat Cafe.” One of these adorable felines became attached to us – we named her Rosa and she visited us a couple times in our room.

We climbed a massive ruin in Coba – I did it on all fours to avoid falling because it was so steep.

Here we are at the top of the ruin – it may not be obvious but I was frightened to take this photo … and climb back down. 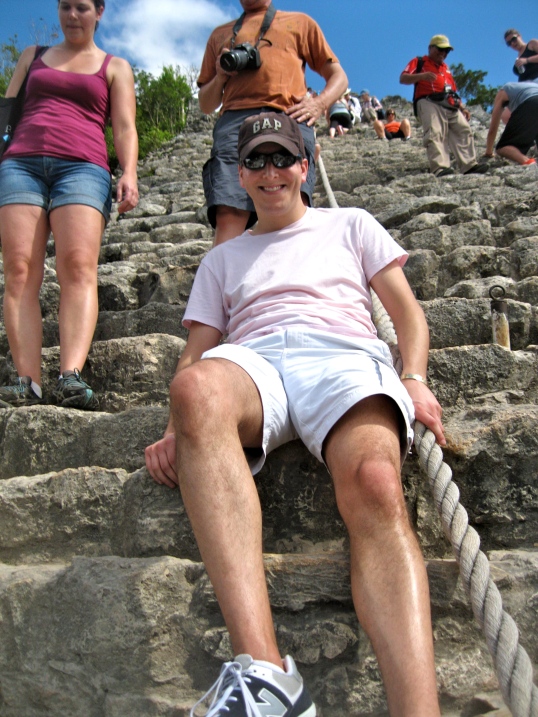 Thankfully I made it to the bottom of the ruin by sliding down, step by step, on my butt and clinging to the rope going down the middle.

Here we are getting ready to snorkel for the first time.

The best part of snorkeling was the cute sea turtles – they would pop their heads above water every few minutes to breathe.

We also saw a stingray. Thankfully these photos were taken by the instructor, not us. 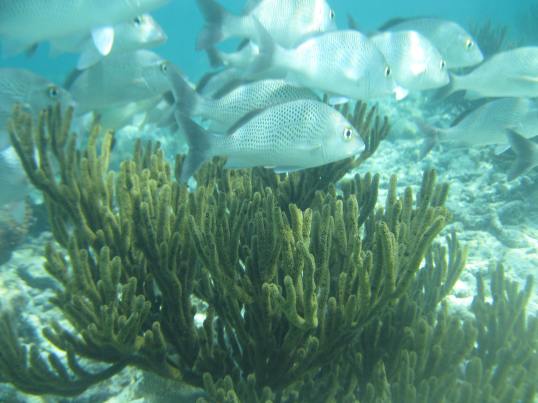 And, of course, we were surrounded by fish, which was a surreal and somewhat scary experience.

We also visited Tulum where there are Mayan ruins and a beautiful beach.

The gorgeous beach in Tulum.

In between holes on the mini-golf course, we got to see a monkey up close.

And here’s an iguana named Poncho blending in with the bottom left root of his tree house.