Shudder, a premium streaming video service from AMC focused on horror, thrillers and the supernatural, has some exciting new content this month. As I write this, I have a live Shudder movie marathon playing in the background of the first six films in the A Nightmare on Elm Street franchise, which were just added to the streaming service. For more details regarding Shudder’s Freddy Krueger offering and other great additions this month, keep reading.

One, two, Freddy’s coming for you / Three, four, better lock your door / Five, six, binge that many Elm Street pix… This month, Shudder presents a collection of the first six films in the A Nightmare on Elm Street franchise: Wes Craven’s 1984 original masterpiece, followed by Freddy’s Revenge(1985), Dream Warriors (1987), The Dream Master (1988), The Dream Child (1989) and Freddy’s Dead: The Final Nightmare (1991). If that’s not enough, round out your summer Freddy re-watch with the fascinating, comprehensive documentary, Never Sleep Again: The Elm Street Legacy(2010).

Based on Joe Hill’s New York Times best-selling novel of the same name, NOS4A2 is a different kind of vampire story. It follows Vic McQueen, a gifted young woman who discovers she has a supernatural ability to find lost things. This ability puts her on a collision course with the evil and immortal Charlie Manx. Manx is a supernatural villain who feeds off the souls of children and then deposits what remains of them into Christmasland – a twisted place of Manx’s imagination where every day is Christmas Day and unhappiness is against the law. Vic strives to defeat Manx and rescue his victims – without losing her mind or falling victim to him herself.

Episode 1 premieres on Shudder August 8, with new episodes added every Thursday through October 10. 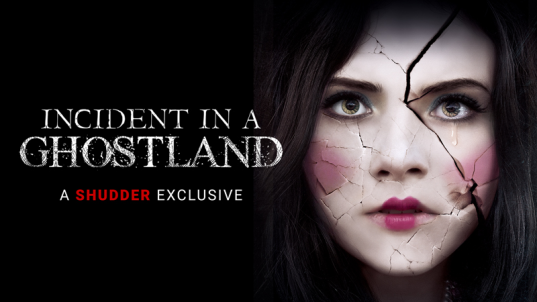 A mother of two who inherits a house is confronted with murderous intruders on the first night in their new home and fights for her daughters’ lives. Sixteen years later when the daughters reunite at the house, things get really strange. A SHUDDER EXCLUSIVE. (Also available on Shudder Canada)

Set on both sides of the U.S.-Mexico border, this Spanish/English language film follows special agent Emanuel Ritter as he leads a police investigation into a series of mysterious deaths involving young children at the border. The case takes a supernatural turn when a priest  from the Vatican links the ancient demon Belzebuth to the murders. A SHUDDER ORIGINAL. (Also available on Shudder Canada and Shudder UK)