Archive for the tag “PC”

Yesterday, Remedy Entertainment announced the long-awaited sequel to Alan Wake, Alan Wake 2! The company also released a teaser and shared more details in a post. Below you’ll find both the teaser and the announcement. Wake up, and enjoy!

END_OF_DOCUMENT_TOKEN_TO_BE_REPLACED

RetroMania Wrestling, the official sequel to WrestleFest, is now available! Just this week it was released on Nintendo Switch, and I’ve been playing it on my PC via Steam. If you’re a fan of pick-up-and-play arcade wrestling video games, then this is the one for you!

END_OF_DOCUMENT_TOKEN_TO_BE_REPLACED

We are one week away from WrestleMania, and everyone is cooped up in their houses; so, now is a great time to revisit some epic professional wrestling video games. Not sure which ones to fire up? Wrestling With Pixels, a new 242-page book all about the history of pro wrestling video games, is your guide.

END_OF_DOCUMENT_TOKEN_TO_BE_REPLACED

Today, I started and finished one of the shortest – and best – video games I’ve ever played: Gone Home. This game, developed by The Fullbright Company, is unlike most video games in that you won’t be leveling up, wielding a gun or jumping from platform to platform. Instead, you’ll find yourself wandering through a dimly lit house unraveling an emotionally stirring story about a young girl’s family. Set in 1995, the house is filled with VHS tapes, fanzines and records, as well as other vestiges of this time period.

In addition to the items strewn throughout the house, the story is told through answering machine messages, handwritten notes, photos, postcards, and countless other items you’d expect to find in a dwelling such as this. The bulk of the unpredictable story comes to life through the superb voice work of Sarah Grayson, who plays the role of Samantha Greenbriar. The smartly written script, along with Grayson’s excellent performance, make for a compelling narrative that keeps you on the edge of your seat wondering what’s next.

Also worth noting is the wonderful score composed by Chris Remo. While a good portion of Gone Home includes records and cassettes featuring licensed music, Remo’s haunting score perfectly sets the tone for the game and enhances the dialogue at exactly the right moments. It’s the best video game soundtrack I’ve heard since Petri Alanko’s score for Alan Wake. I wholeheartedly suggest you pick up a copy of Remo’s original score here.

While it can be completed in two hours, Gone Home is an unconventional game that immerses the player in an unpredictable and thoroughly entertaining story that’s worth playing again. Even better, the game now features a commentary mode where, while playing the game, you can learn more about the creative process and all the hard work that went into constructing this masterpiece.

Gone Home is one of the best games of the year for two reasons: it tells a great story and it does so in a way that goes against the grain. If you’re a fan of video games, or great stories, I highly recommend you buy this game. It’s an unforgettable experience that shows how video games, when done right, can be unparalleled works of art. 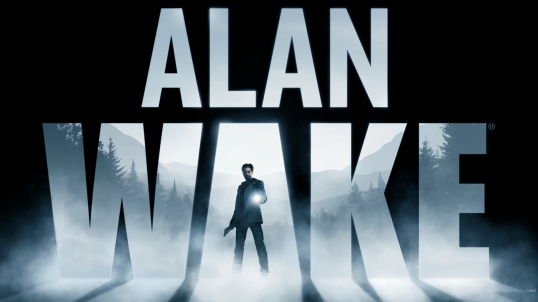 Alan Wake took more than five years to develop but the end result is one of the greatest video games of all time. The game’s story follows bestselling thriller novelist Alan Wake as he tries to uncover the mystery behind his wife’s disappearance during their vacation in the fictional town of Bright Falls, Washington. While searching for his wife, Alice, he experiences events from the plot in his latest novel, which he can’t remember writing.

This compelling narrative is told through a series of eight episodes, two of which – “The Signal” and “The Writer” – are additional downloadable content. All eight episodes kept my rapt attention from start to finish, and when facing the game’s frightening enemies, known as “The Taken,” I was stricken with chills.

Alan Wake’s character development is exceptional. As the game progressed I found myself more attached to the main characters and emotionally invested in their well being. Another “character” worth noting is the town of Bright Falls. This fictional locale came to life in a way no setting has before in a video game since the original Silent Hill. The transformation of the town from light to dark was impressive, and its foreboding presence was amplified by the fact that I was in control of Alan Wake.

Lastly, it’s worth noting that Alan Wake’s score by Petri Alanko is simply gorgeous. It’s one of the most beautifully haunting pieces of orchestral music I’ve ever heard. It perfectly embodies the game’s mystical nature and Alan Wake’s dreamlike state. Even if you don’t play the game, you should give the score a listen.

While books, movies and television shows are wonderful mediums for telling stories, video games can be superior. Not only do they combine the best elements of the aforementioned art forms, but they put the person inside the story and make him or her play a key role in how it unfolds and, sometimes, how it ends. Having that level of agency within a game as spectacular as Alan Wake can only yield one result: complete satisfaction.

Below are three videos. The first is the game’s trailer, and the last two are about the making of Alan Wake.