Archive for the tag “Young and Beautiful” 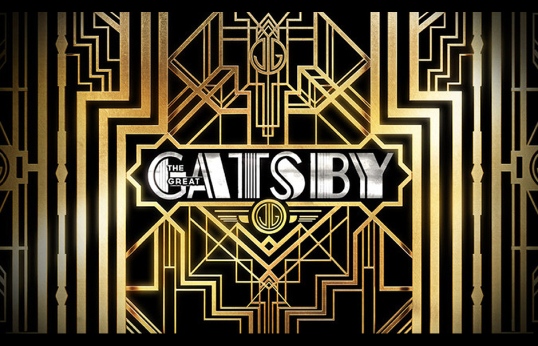 Not remembering whether or not I had to read the book in school as a child, I decided to listen to the audiobook version of The Great Gatsby narrated by Jake Gyllenhaal. Like the recent film adaptation, the first two thirds were interesting and the last third was very good. The recently released movie, starring Leonardo DiCaprio, is the fifth cinematic interpretation of the classic novel – the first being in 1926.

What struck me when the movie started was the almost overwhelming amount of fast cutting used by the Director, Baz Luhrmann. The constant change in direction and dramatic zooms, not to mention the overdone computer-generated imagery, made the beginning of The Great Gatsby feel more like a music video than a film. It was as if Luhrmann felt the audience would lose interest without all this dramatic flair.

And let’s talk about the music. The Great Gatsby is supposed to be set in the 1920s. I understand that the producers wanted it to appeal to the younger generations, but including music by Jay-Z and Beyonce didn’t mesh well with the subject matter. The score itself was good, and the song “Young and Beautiful” by Lana Del Ray was gorgeous. But when I think about the botched soundtrack, one scene in particular comes to mind: At one point in the film Gatsby and Nick Carraway are driving over a bridge and to their right is what can be best described as a pimp and a gaggle of scantily-clad “women.” Rap music is blasting from the pimp-mobile and there are countless bottles of champagne strewn about the car. Not only did this disrupt the entire scene, it was superfluous. Great composers like Michael Giacchino understand that a soundtrack isn’t supposed to overpower a scene, it’s meant to enhance it. Unfortunately, The Great Gatsby’s soundtrack served as a jarring distraction.

The acting was very good across the board. Toby Maguire turned in a solid performance, as did the rest of the supporting cast. But the star was clearly Leonardo DiCaprio, who did a terrific job of inhabiting a mysterious man of wealth. And for those who read the book, you’ll be glad to hear that the phrase “old sport” was as overused in the movie as it was in the novel. By the last third of the film the lousy music and chaotic cinematography was cast aside and the story was the focal point. This was when The Great Gatsby was at its best. I don’t want to spoil the plot for those unfamiliar with the story, but you can rest assured that the movie’s epic conclusion will leave you satisfied.

So, should you go see The Great Gatsby? Sure, just don’t expect it to be the film of the year. It’s a slightly misguided interpretation of a classic novel  that showcases one of the best leading men in the business. And if it gets you to read or re-read the book upon which its based, then that’s an even better reason to see it.

Below is an interview with Leonardo DiCaprio about the film from 60 Minutes and the music video for “Young and Beautiful” by Lana Del Ray.