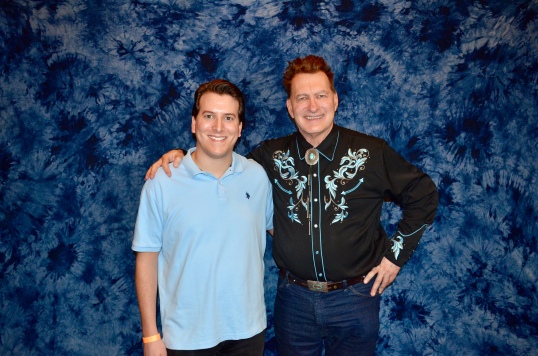 In March, at NJ Horror Con and Film Festival, I met Joe Bob Briggs, who is an actor, writer, and the host of The Last Drive-In With Joe Bob Briggs on Shudder. For decades Joe Bob has been sharing his insightful film commentary and witticisms with millions of viewers. You might know him from TMC’s Joe Bob’s Drive-In Theater or MonsterVision on TNT, which were popular programming in the 1980s and 1990s, or The Last Drive-In on Shudder, where he literally broke the internet in 2018. You might even know Joe Bob for his reviews of movies in the Dallas Herald Times in the early 1980s. Regardless of where or when you first discovered Joe Bob, he’s not the kind of person that you forget.

Being a wrestling fan who watched WCW Monday Nitro in the 1990s, I remember noticing MonsterVision on the same channel. I’m also a horror fan, and I signed up for Shudder a year or so ago because of my passion for the genre. When I saw that Joe Bob was making his big return and that it was taking place on Shudder, I made it a point to check it out. So many people wanted to watch the live marathon at the same time that it crippled Shudder’s servers for a limited period of time. The success of this farewell marathon by Joe Bob, hence the name The Last Drive-In, resulted in a couple holiday specials and a brand-new series which got renewed for a second season. 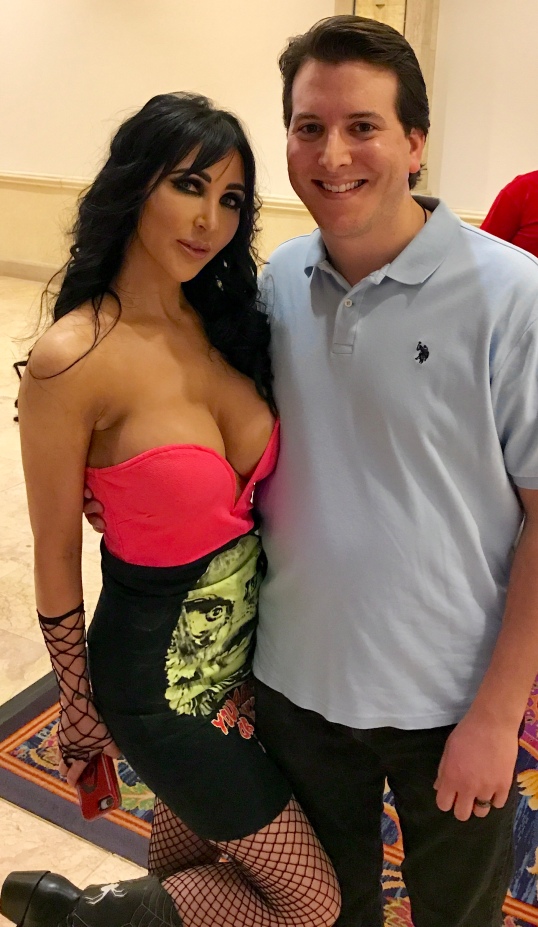 I attended Joe Bob’s Q&A panel at NJ Horror Con, and I even got to ask him a question, which was great. Afterward, I met Darcy the “Mail Girl” from his Shudder series, who was great, and I later told her that Joe Bob didn’t recall seeing my favorite horror movie: Wes Craven’s New Nightmare. She said they’d have to change that and try to incorporate that film into an upcoming episode on Shudder. If that happens, I can’t wait to hear Joe Bob’s take on what I consider to be the definitive Nightmare on Elm Street film. 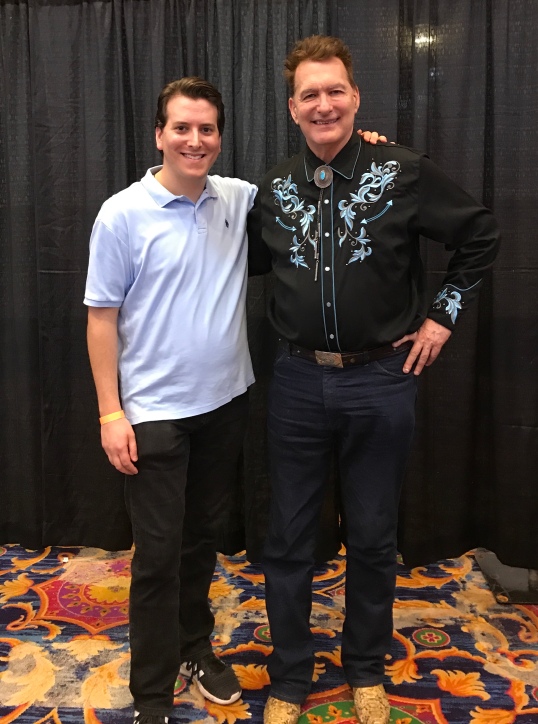 After meeting Darcy, I headed over to the booth for my professional photo with Joe Bob, which turned out great, followed by a visit to his table to get it autographed. While waiting in line, someone told me that I look like a young Joe Bob, which I can totally see, and that I should consider doing Joe Bob cosplay at a future convention – not a bad idea at all! Meeting Joe Bob and Darcy, as well as attending the Q&A panel was great. I’ve even exchanged a couple emails with Joe Bob since. I hope to see his one-man show in the future, and I look forward to enjoying Joe Bob’s renaissance on Shudder.