Today was my first time teaching DDP Yoga to senior citizens, and it was my best class ever! The entire workout was done while seated in a chair, and it took place at Atria Center City. Nearly 25 residents took part in the workout, which is almost a quarter of the entire population of the building. I was floored by the large attendance. I was told that some of the residents who attended normally don’t take part in other programming, so I’m glad that I was able to pique their interest. The workout ran for 30 minutes. However, I spent a significant amount of time getting to know the residents better before and after the workout.

The two women with me in the photo above are Theresa (left) and Naomi (right). They, along with numerous residents, told me afterward how much they enjoyed the workout. Many of them asked me for tips, if they can incorporate some of the moves into their daily routine, and if the class would take place every week. I told them that we will definitely have another class next week and that I hope it’s popular enough to keep it going in the weeks to come. 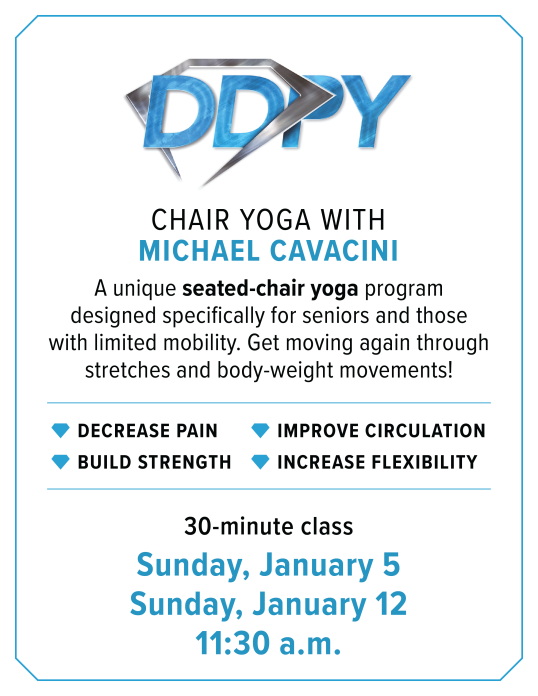 The seniors could tell that I was comfortable around them, and they enjoyed the energy I brought to the workout. I’m thrilled and honored that so many of them took part in the DDP Yoga class; it was a pleasure getting to know several of them afterward, and I can’t wait to do it again next week.