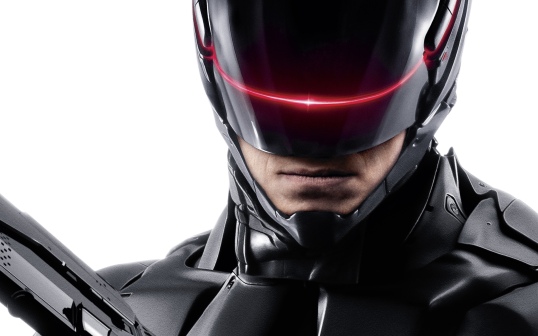 Growing up, I loved the RoboCop movies – even the third one. They were full of action, intrigue, wit, and humor. And they were hard-hitting, especially the first two films – they didn’t pull any punches when it came to violence. When I heard that they were remaking RoboCop, I groaned. Remakes are notorious for being a waste of time and money, so I didn’t have high hopes for the new RoboCop. Despite my initial reservations about seeing the new RoboCop, I decided to take the plunge and go see it last night. I went in with low expectations and was pleasantly surprised.

The acting was excellent, especially Joel Kinnaman as Patrick Murphy, Gary Oldman as Dr. Dennett Norton and Michael Keaton as the OmniCorp CEO, Raymond Sellars. Also worth noting is Samuel L. Jackson, who was very funny in his role as Pat Novak, a TV news anchor.

In addition to the acting, the script was very strong. Instead of trying to remake the original film scene for scene, this reboot had an almost entirely new storyline that was creative and compelling. Despite this new direction, signature quotes (e.g., “Dead or alive, you’re coming with me.”) and the classic RoboCop theme were peppered throughout to homage to the original 1987 classic. These moments made me smile. Trying to remake a film people love almost never works. It’s always best to just reference it and explore new territory. RoboCop does that and it does it well.

If you liked – or loved – the original RoboCop, check out this movie. While it’s not as exceptional as the 1987 film, it pays respect to it while moving in a bold new direction. The acting is exemplary and the score is memorable. It’s visually stunning and emotionally satisfying. You can’t ask for much more than that.