Archive for the tag “Heather Lagenkamp”

November, 1984—that’s when Freddy Krueger was unleashed upon the world. He’d go on to become a pop culture phenomenon, with t-shirts, music albums, books, and much more bearing his name. What started off as an independent film, became a multimillion dollar franchise that’s just as relevant and popular today as it was in 1984. To celebrate this anniversary, let’s take a trip down memory lane.

END_OF_DOCUMENT_TOKEN_TO_BE_REPLACED

Released just a couple days ago on digital and on demand, Portal is an award-winning supernatural horror film with an all-start cast. It features a rare appearance by iconic scream queen Heather Langenkamp, best known for her stellar work in the A Nightmare on Elm Street film franchise. When an ambitious ghost hunter performs a risky ritual, opening a portal to “the other side,” he and his team quickly find themselves way over their heads in a fight for survival against an ancient demonic force. END_OF_DOCUMENT_TOKEN_TO_BE_REPLACED

Review: In Search of Darkness

I’m a big horror movie fan, and I love the 1980s. So, I was very excited when I heard about In Search of Darkness – a horror documentary solely focused on the 1980s. Many consider the 1980s to be the golden age of horror movies. After all, it was the decade that brought us Freddy Krueger, Jason Voorhees, Halloween sequels featuring Michael Myers, Hellraiser, Creepshow, Gremlins, The Lost Boys, and so much more. It’s also the decade when VCRs and VHS tapes became immensely popular, resulting in a wave of direct-to-video horror films for fans to enjoy. Clocking in at over four hours, In Search of Darkness covers all aspects of 1980s’ horror, and it features interviews with nearly 50 contributors. Some of these contributors include icons such as John Carpenter, Heather Lagenkamp, Doug Bradley, Kane Hodder, and Mick Garris, among others. Directed by David A. Weiner and filmed and finalized within 12 months, this documentary is a monumental achievement, especially considering this is the first film directed by Weiner.

END_OF_DOCUMENT_TOKEN_TO_BE_REPLACED 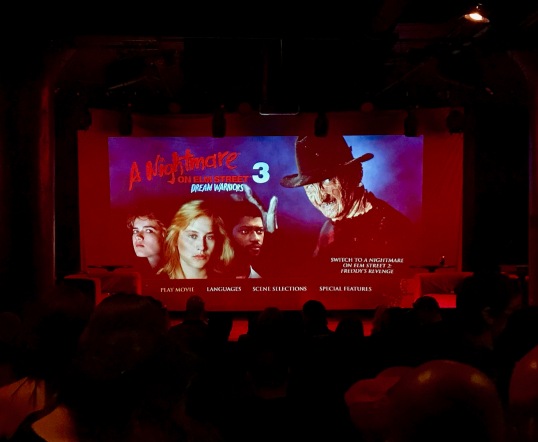 Last Saturday night, I, along with several hundred Freddy Krueger fans, celebrated the 30th anniversary of A Nightmare on Elm Street 3: Dream Warriors at Underground Arts in Philadelphia. A special screening of the film was shown and Heather Lagenkamp, the star of the movie, and Chuck Russell, the director, provided live commentary as everyone watched the third entry in the Elm Street franchise. END_OF_DOCUMENT_TOKEN_TO_BE_REPLACED 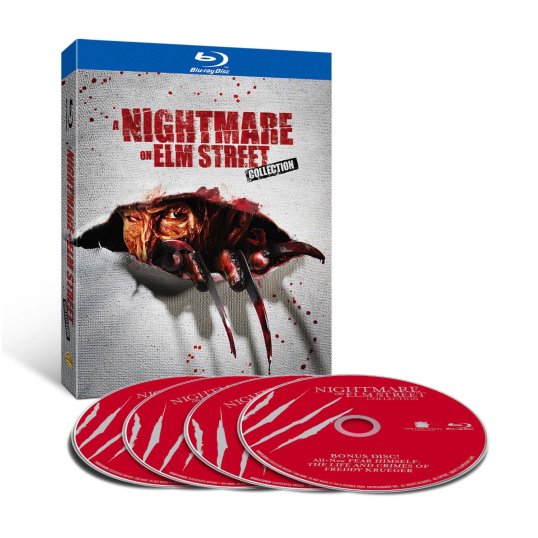 This week only, Amazon.com has the A Nightmare on Elm Street Collection Blu-ray box set on sale for $25.99 – that’s nearly 60% off the full retail price. For horror fans that don’t own all the Freddy films in high-definition, this is an excellent deal you should check out. You can buy it here: http://tinyurl.com/myhytuw.