Archive for the tag “Douglas Preston” 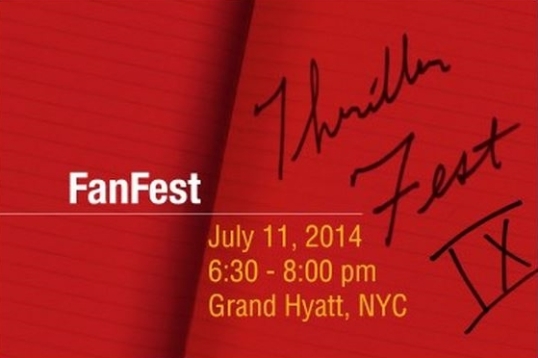 Last week I attended ThrillerFest IX in New York City. This annual event is held by the terrific organization International Thriller Writers, which is celebrating its 10th anniversary this year. While at ThrillerFest IX, I had the opportunity to attend FanFest, a portion of the week-long event where fans get to meet and spend time with a multitude of authors over cocktails. Picture it: There’s a large room with Lee Child, Michael Connelly, David Morrell, and countless others at tables waiting to sign your book, take photos with you and chat. It was a great way to cap off my week at ThrillerFest IX. Below are several photos of myself and authors whom I spent time with during the conference or at FanFest.

END_OF_DOCUMENT_TOKEN_TO_BE_REPLACED

Last week I attended ThrillerFest IX in New York City. This annual event is held by the terrific organization International Thriller Writers, which is celebrating its 10th anniversary this year. While at ThrillerFest IX, I had the opportunity to meet and learn from some of the best in the business. Friday and Saturday were comprised of panels about a variety of topics. I couldn’t stick around for Saturday but below are photos and highlights from some of the sessions that took place on Friday.

END_OF_DOCUMENT_TOKEN_TO_BE_REPLACED

On My Way To ThrillerFest IX

Last week I saw and met Night Ranger. I also saw and met Foreigner and Don Felder, in addition to seeing Styx perform. How could I possibly top this? Well, this week I’m going to New York City to spend time with and learn from some of the greatest writers in the world at ThrillerFest IX.

END_OF_DOCUMENT_TOKEN_TO_BE_REPLACED

Summer is almost upon us and it’s one of my favorite seasons. What’s not to love? If you’re a music fan, there are a million concerts to go to. If you’re a foodie, you can eat outdoors at a myriad of restaurants. And, of course, if you’re a book lover there are numerous titles you can read in bed, on the beach or at the airport. To help you decide which books are worth reading, I’m going to share with you a few titles that I’m either currently reading or will be reading very soon.

END_OF_DOCUMENT_TOKEN_TO_BE_REPLACED

2013 was my first full year of blogging, and it was a great one. I wrote 174 posts and exceeded 20,000 views, reaching people in 118 countries. I also had the honor and privilege of interviewing some of my favorite authors, actors and musicians, including:

And 2014 is shaping up to be an even bigger year with interviews already scheduled with 2014 Rock & Roll Hall of Fame Inductee John Oates and bestselling author Stuart Woods.

Thanks to all of you who regularly read my posts, as well as those who take the time to comment. Speaking of which, below are my top commenters’ great blogs. Make sure to check them out:

2013 was my best year yet, both personally and professionally, and I plan on making 2014 even more special.

Douglas Preston is the best-selling author of 30 books, including the upcoming novel, White Fire, with his longtime collaborator Lincoln Child. I met Preston and Child at ThrillerFest VIII and learned a great deal from both of them. Below is my interview with Preston; I hope you enjoy it. Make sure to pick up a copy of White Fire, coming out November 12.

Many bestselling authors – Lee Child, James Patterson and Steve Berry, just to name a few – weren’t always writers; it was something they pursued later in life. In what field were you working prior to your first book being published, and what inspired you to take a chance at being an author?

My first job out of college was editing the throwaway newsletter published by the American Museum of Natural History. I found that editing other people’s work was not all that much fun. I wanted to write my own stuff. So I started writing for the newsletter, and then I was given a column in Natural History magazine to write about the Museum. Finally, I got a call from an editor at St. Martin’s Press named Lincoln Child, who suggested I write a book about the Museum. That was my first book, Dinosaurs in the Attic. Linc suggested we collaborate on a thriller set in the Museum, which became Relic, and the rest is history…

Many of us have fond memories of books that changed us in some way. Are there any books or authors that have greatly influenced you over the years?

Very much so. The books that profoundly affected me are, in no particular order, The Sirens of Titan, War and Peace, The Woman in White, Asimov’s Foundation series, Abbey’s Desert Solitaire, Charlotte’s Web, A Wrinkle in Time, the “Yes I will yes” chapter of Ulysses, The Andromeda Strain, and Patrick O’Brian’s Aubrey/Maturin series of novels. 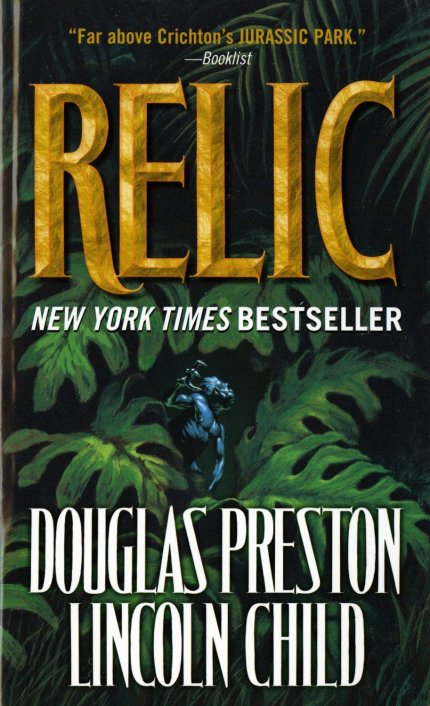 In your free time, what kinds of books do you like to read and who are your favorite authors?

These days, I like to read nonfiction, mostly in the areas of science and biography. Right now I’m reading The Mind of the Raven by Bernd Heinrich. I recently read a fascinating biography of J. Robert Oppenheimer, father of the atomic bomb, called American Prometheus. One of the greatest nonfiction books ever written, in my view, is The Making of the Atomic Bomb by Richard Rhodes. And on the same subject, another superb book on the Manhattan project is 109 East Palace by Jennet Conant.

In addition to novels, you’ve written non-fiction work as well. Do you prefer one over the other and how does the writing experience for each differ?

Your first book with Lincoln Child, Relic, was critically acclaimed and a New York Times Bestseller. How was it writing the first novel with Lincoln, and how has your collaborative writing process evolved over the years?

A writing partnership is like a marriage, except with Linc the sex is nonexistent… It can be difficult, but Linc and I over the years have learned how to disagree. The important thing is we trust each other implicitly. If Linc says to me, “This thing you wrote stinks,” I may get upset, but I have to believe him. That’s why we have a partnership—to tell each other the hard truths.

Your popular protagonist, Aloysius Xingu L. Pendergast, debuted in Relic and he’s going to be in your new novel, White Fire, coming out in November. What’s the premise of the new book, and what do you have in store for your readers?

White Fire opens with an historical event: a real (and fateful) dinner at the Langham hotel in London during which Oscar Wilde and Arthur Conan Doyle met each other for the first and last time. What they discussed has been lost to history, but it seems Wilde made crucial suggestions to Doyle about his newly invented character of Sherlock Holmes, and Doyle for his part told Wilde all about police procedure, which inspired Wilde to write The Portrait of Dorian Gray. Then our novel moves to the present-day. Pendergast has to rescue Corrie Swanson from jail in an upscale Colorado ski resort, but just after he arrives, a serial arsonist strikes the town, burning down multimillion dollar mansions with the people still inside…

You’ve written trilogies and stand-alone thrillers. Do you find one more satisfying than the other? And when writing a trilogy, how do you keep track of all the details?

They both satisfy in different ways. With a trilogy we can go deep and spin out a vast, complex story with many subplots. It is a daunting task to keep track of everything. A solo novel is shorter and sweeter, and perhaps punchier in some ways. The middle novel in a trilogy is always difficult…

One of the hot topics at ThrillerFest this year was whether or not to outline a book. What are your thoughts on this issue? Do you plot out your novels in advance or do you simply have an idea and start writing?

Linc and I outline. We first create a general, narrative of the novel: how it opens, what happens, where it ends up. Then we outline maybe ten to fifteen chapters ahead, lengthening the outline as we write. I don’t know how writers can just start writing without knowing where they’re going, but some outstanding novelists do work that way. Tony Hillerman, one of my favorite mystery writers, never knew the ending of his books when he started, and yet he pulled off one great novel after another. I think every writer needs to find their own way of doing things.

According to Goodreads, there’ve been nearly 125 books set in Maine – everything from John Irving’s The Cider House Rules to It by Stephen King. Being a resident of the Pine Tree State, why do you think this is the case?

Maine is dark and cold and beautiful and mysterious, with resolutely independent people. It has everything a writer might ask for in a vivid setting and compelling characters.

If you could offer aspiring writers once piece of advice, what would it be?

Write every day, seven days a week, if only for an hour at a time. And keep that hour sacred. Warn your friends and family to stay away. A writer must write, just as violinists must practice and Olympic athletes must train. That sounds obvious but you would be surprised at how many people want to be writers but don’t write very much.

Today was the start of ThrillerFest, and I had the opportunity to meet and learn from some of the greatest writers in the business. Below are photos and highlights from some of the sessions.

John Sanford – How to Tighten Your Manuscript

Michael Connelly – How to Write a Good Series

Lincoln Child & Douglas Preston – How to Have a Great Collaboration